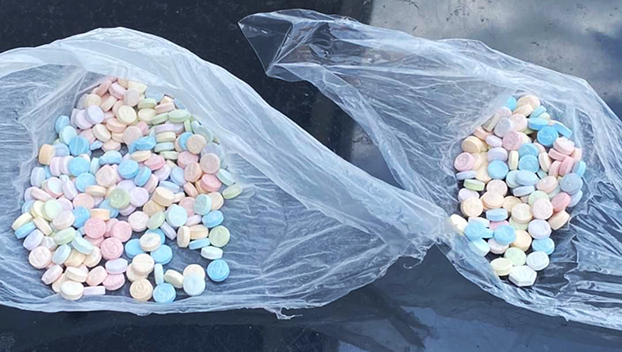 Police arrested three people in possession of more than 350 Ecstasy tablets on Monday. Photo courtesy of the Vidalia Police Department.

On the department’s social media page, Vidalia Police Chief Joey Merrill said Stephanie Woodfork of Natchez, Justin Sheppard of Ferriday and Whitley Williams of Natchez, were all arrested and each charged with shoplifting and possession of schedule I drugs with intent to distribute.

Merrill said he is “proud of our officers for recovering these drugs and taking over 350 Ecstasy pills off of the streets,” the post states.