NATCHEZ — Adams County Sheriff’s Office arrested a 19-year-old Thursday on an attempted murder charge for allegedly shooting a man while he was driving. 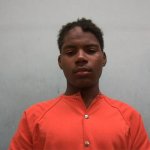 At approximately 6:50 a.m. July 1, 2021, deputies with the Adams County Sheriff’s Office responded to a single-vehicle accident on Liberty Road near Prospect Road where the driver had been shot.

When deputies arrived on scene, Kirby Vaughn was standing outside of his vehicle and had sustained gunshot wounds to his chest and leg.

ACSO’s Special Operations Group was able to take Smith into custody at his residence on Coventry Road without incident. His twin brother, Kemari Smith, was also brought in for questioning and was later released without any charges.