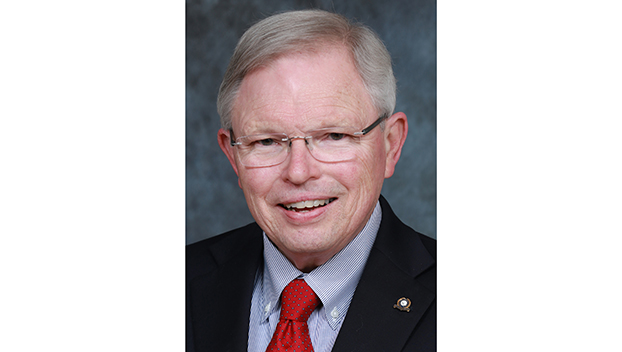 WESSON — Natchez native Melton King has been elected the new chairman of the Copiah-Lincoln Community College Board of Trustees during a June board meeting.

He and other officers and administrators assumed their new positions on July 1.

Other newly-elected officers to the Copiah-Lincoln Community College Board of Trustees include Dr. Troy Stewart Sr. of Copiah County who was named the new vice chairman and Barry Tyson of Franklin County who was re-elected to serve as secretary.

King has served on the Co-Lin Board of Trustees for over 33 years and is the first trustee from Adams County to be elected as Chairman.

“I’m very pleased and honored,” King said of the new position. “Having been here close to Adams County and lived here all my life, I feel very proud. The other chairmen have been from other counties and I feel like it is an accomplishment. I do serve the entire district, all seven counties and three campuses, and I’m looking forward to it.”

King received a bachelor’s degree from the University of Southern Mississippi and is the owner of Melton King & Associates, LLC. He has served as Vice President of the Natchez Chamber of Commerce, President of Civitan and as Vice Chairman of Trustees at Jefferson Street United Methodist Church. He is also a supporter of the Rodney History and Preservation Society, Natchez Historical Society, Natchez Festival of Music, and the Natchez Literary and Cinema Celebration. King is married to his college sweetheart, Kathy Brown King, and they have two daughters and five grandchildren.

King said he was first nominated to serve on the Co-Lin Board in 1988 by the late Tom Reed, for which the Natchez campus’s Tom Reed Academic Building is named. King knew Reed through their work together with the Natchez Adams County Chamber of Commerce.

“He walked up to me in a meeting and said ‘I’m 88 years old and I don’t drive well at night. I’m going to recommend to the Adams county Board of Supervisors that they appoint you to take my place (on the Co-Lin Board of Trustees).’ That was 32 years ago and they’ve seen fit to continue to appoint me ever since,” King said.

King previously served on the transportation and building and grounds committees for all three of Co-Lin’s campuses in Natchez, Wesson and Mendenhall. King said “a number of good things” were happening and could continue to happen at Co-Lin’s Natchez campus, such as the new diesel technology program and lab, an improved welding department and hospitality and tourism programs.

“Each campus seems to specialize in certain areas,” he said. “Our focus of late has increasingly been on things that would add to the workforce in the Natchez and Adams County area. … My overall goal as chairman is to be transparent, inclusive and to listen to the needs.”

In addition to electing new board officers at the June meeting, Co-Lin officials also made several administrative changes. Dr. Dewayne Middleton was transferred from Vice President of the Simpson County Center to Executive Vice President and will oversee college operations on all three campuses.