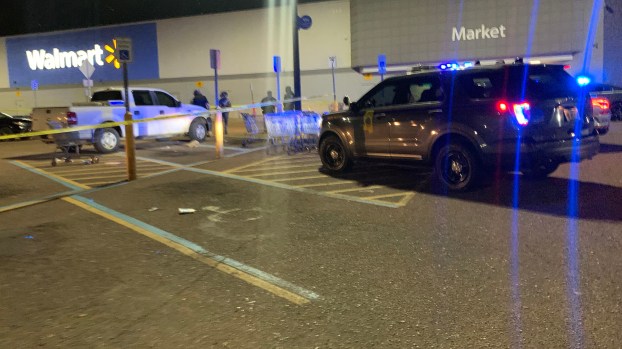 Natchez Police Department, Adams County Sheriffs Office and the Mississippi Highway Patrol responded to a shooting at the Natchez Walmart Saturday night. One woman was injured in the shooting and two officers were injured in the arrests of two suspects. (Hunter Cloud The Natchez Democrat) 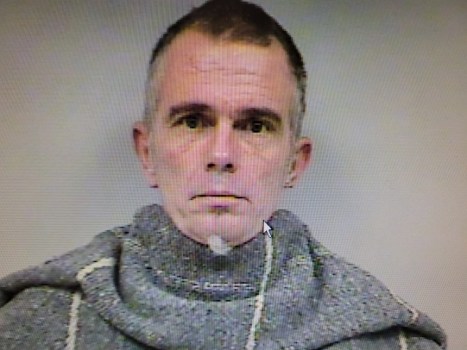 Michael Shawn Coon was arrested and charged with three counts of aggravated assualt of a police officer after a scuffle with officers following a shooting at Walmart Saturday night.

One woman was shot multiple times and taken to the hospital and two officers sustained injuries in the detention of a suspect. Natchez Police Chief Joseph Daughtry thanked the ACSO and MHP for their help.

Daughtry said allegedly, an altercation took place between two individuals in the self-checkout line over the machine not giving 22 cents in change back. A gentleman in line offered to give the other man change but the man got irate and started cursing.

In the parking lot, the gentleman went to get a quarter from his car to give it to the man, he said. Then the altercation escalated into a shooting injuring a woman who was with one of the men. Two officers were injured while bringing a suspect into custody. An officer was treated on scene and the other officer was taken to the hospital with a non-life-threatening injury.

The man kicked several officers and he is being charged with aggravated assault as well as other charges, Daughtry said.

This story will be updated when more information becomes available.