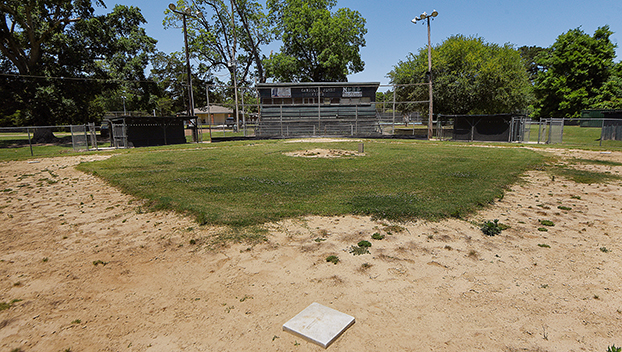 NATCHEZ — During a special called meeting Tuesday, the Natchez Mayor and Board of Aldermen passed a resolution to proceed with financing a $2 million bond for playground and recreation improvements after hearing no public objections to it.

Officials said the bond would help with improvements at all six parks within the City of Natchez,

The bond would also finance new ADA compatible play equipment in some places with a focus on Duncan and North Natchez parks with some money left over for work on city streets, officials said.

Watkins and Eager attorney Peyton Prospere, who represents the City of Natchez for the bond issue, said the city received no written objections to obtaining bonds for recreational improvements throughout the city. Unlike grants, which can be rewarded with or without a match obligation from the city, municipal bonds must be paid back over several years.

While the term length and interest on the bond has not been determined, officials unanimously passed a resolution Tuesday to authorize borrowing up to $2 million. Ward 2 Alderman Billie Joe Frazier was absent during Tuesday’s meeting.

The city should receive bond proposals within the next two weeks, Prospere said.

No one verbally objected to the bond issue during a public hearing about the bond issue Tuesday. However, some Natchez residents did come forward with questions about how the bond would be spent, including Lee Ford who said he is concerned about the condition of parks in the North part of the city.

Ford said money should be put aside to clean up the parks rusted equipment and clear it of snakes and bugs that threaten the safety of children playing there.

“I’m not speaking anything against this bond issue. What I am speaking against is the dissemination of the funds,” he said. “The parks on the north side of town are in horrible shape and need immediate attention. … There are dangers out there and I want to see the money put there, especially at North Natchez Park.”

Natchez Mayor Dan Gibson agreed with Ford bout the parks’ condition and said the bond would help clean up parks in that area as well.

“We hope to have money in hand by August,” Gibson said. “We’re one year in and it has taken us a long time to get this far and to find the funding. … I believe that we’re going to see the renewal that we’ve all been waiting to see, not just in one section but across the board in all of our parks.”

“If we keep that (positivity) going more and more people will want to come here and spend their money here,” he said.