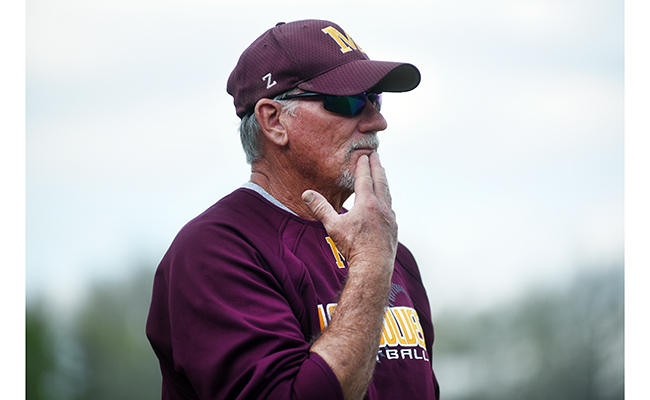 Cary Shively coached Monterey to a playoff win in the first round. The Wolves went the furthest out of the area schools to cap off his 34th year of coaching. He is the 2021 All-Metro coach of the year. (File Photo | The Natchez Democrat)

Monterey High School softball coach Cary Shively led a resilient team through a challenging year for the close-knit community in Concordia Parish. Shively is the 2021 All-Metro Softball Coach of the Year in his 34th year of coaching.

The Wolves won their first game in the LHSAA playoffs after battling injuries, an ice storm and a delayed start to the softball season. His players showed up every day to work.

“Everywhere I have coached, I have had kids who work, “ Shively said. “I enjoy teaching. When you have kids who are willing to work, it is fun to coach. You are teaching, and they are listening. They are taking what you have taught and run with it. Sometimes they teach me.”

Shively has taught for 34 years, of those at Monterey High School since. Block High School in Jonesville was the first softball team he coached. After coaching for nine years at Block, he took a job at Monterey.

Eric Richard, Monterey’s baseball and basketball coach, was a player on a football team at Block that Shively coached.

He said he has learned from his teams that if he expects his team to do something. They will get it done and then some. Monterey’s team was exceptionally resilient this season, he said.

“They don’t quit. Kids keep going,” Shively said. “It is fun to be around that. Kids take things and run with them. They go above and beyond. They show you stuff that you have not thought about. They handle pressure.”

During games, Shively focuses on keeping his players focused on the task at hand. In each half inning, they will have a team meeting outside of the dugout.

Keeping the team focused helps the players make the most of opportunities in close ball games.

Monterey is a Class B school, so kids play more than one sport, Shively said. It can cause issues with schedules when basketball playoffs run into the softball season, he said.

“From a coaching standpoint, there is a give and take between basketball, track and softball,” Shively said. “When you have athletes doing all of those, you have to work with other coaches. I’m not going to go out there and have sliding practice, so one of them sprains their ankle, which can affect them and the basketball team.”

Shively said he hands out index cards for players to write down goals they have. Towards the end of this season, Monterey played three or four games a week and did not get a chance to fill out the cards. Overall, his team got better throughout the season.

“As a coach, you always want to see growth,” Shively said. “You want to see your kids get better, and they did that. I’m proud of this team. They showed up and played.”