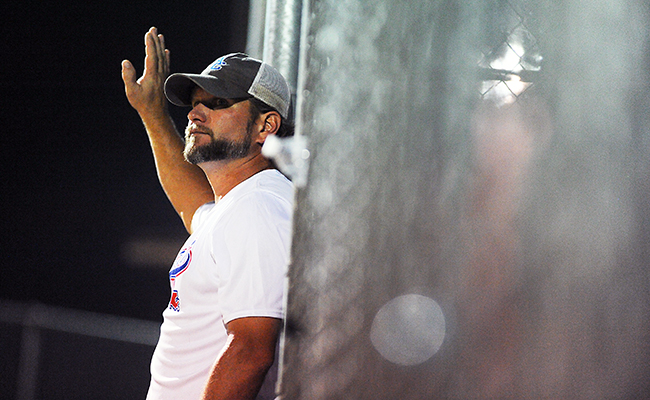 NATCHEZ — The 2020 season turned out to be a disappointing one for the Adams County Christian School Lady Rebels after they finished in fifth place in MAIS District 4-4A and failed to make the Class 4A South State Playoffs.

In less than three weeks, ACCS ventures into a new classification and district — District 3-5A — and excepts better results, including a spot in the postseason. This district will feature only one common opponent in cross-town rival Cathedral High School as well as St. Aloysius High School, Central Hinds Academy, Copiah Academy, and MAIS newcomer St. Joseph Catholic School – Madison, also known as Madison St. Joe.

“I haven’t played any of them except Cathedral,” Lady Rebels head coach Tate Lipscomb said. “So, it’s going to be a learning experience. We have six teams, so two of us will stay at home. Madison St. Joe, I really don’t have a clue about them. I know they’re coming over from the public schools in Mississippi (Mississippi High School Activities Association). I haven’t seen them play.”

Madison St. Joe finished 11-8 overall last spring and was 6-2 in MHSAA Region 4-2A. The Lady Bruins finished second in region play, only to get swept by New Site High School in the first round of the Class 2A Playoffs.

Lipscomb said his team started practice for the 2021 season about a month ago. The Lady Rebels practice every Monday, Tuesday and Thursday from 6 to 8:30 p.m.

ACCS has several key players returning that could very well lead the Lady Rebels to the playoffs and perhaps even in the district championship race.

“We have one of our pitchers returning in Laiken Davis, who’s a senior,” Lipscomb said. “We have a bunch of returning juniors. A good junior class. Georgia Martin, who plays centerfield; Paris Harveston, who plays at second base; and Ella Wilson, who plays at shortstop. They’ve been in the program a while. We expect big things out of them.”

But for that to happen, Lipscomb said the Lady Rebels will have to improve on hitting and scoring runs, especially against the likes of Cathedral, Copiah Academy and Central Hinds Academy.