NATCHEZ — A second suspect in a 2018 homicide case has been arrested Monday morning.

Natchez Police Chief Joseph Daughtry said DiQuan Seals turned himself in to Natchez Police Department with his attorney on Monday morning after the department issued a warrant for his arrest. He is charged with conspiracy to commit murder in connection to the 2018 killing of Don Owens, who was 29 years old. 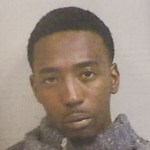 On Thursday, police also arrested Damien Hayes on a conspiracy to commit murder charge. Hayes remains detained on a $750,000 bond. Upon his arraignment Monday morning, Seals’s bond was also set at $750,000 under the direction of Natchez Municipal Judge pro-tempore Nickita Banks.

During a press conference Friday, law enforcement officials announced they had made a break in the case that had been left unresolved for more than two years.

Investigators reportedly obtained audio from a phone message between Hayes and Seals where they allegedly spoke about killing Owens.

His mother, Rebecca Owens, said Friday that she did everything she could to speak with authorities and keep her son’s memory alive and peacefully protested to the violence in the Natchez community.

“No parent needs to endure the death of their child. He was a son, a brother, a father and he is missed dearly. He is loved dearly. I was fighting to the end … because this needs to be stopped — this senseless killing,” she said.

Natchez Mayor Dan Gibson said the arrests send a message of warning to those who pose a threat to the community.

“You will not get away with murder in the city of Natchez, Mississippi,” he said. “We will do whatever it takes and will go to every length we have to in order to bring you to justice and bring anyone to justice who thinks they can bring havoc to our community and bring harm to our citizens and our families.”