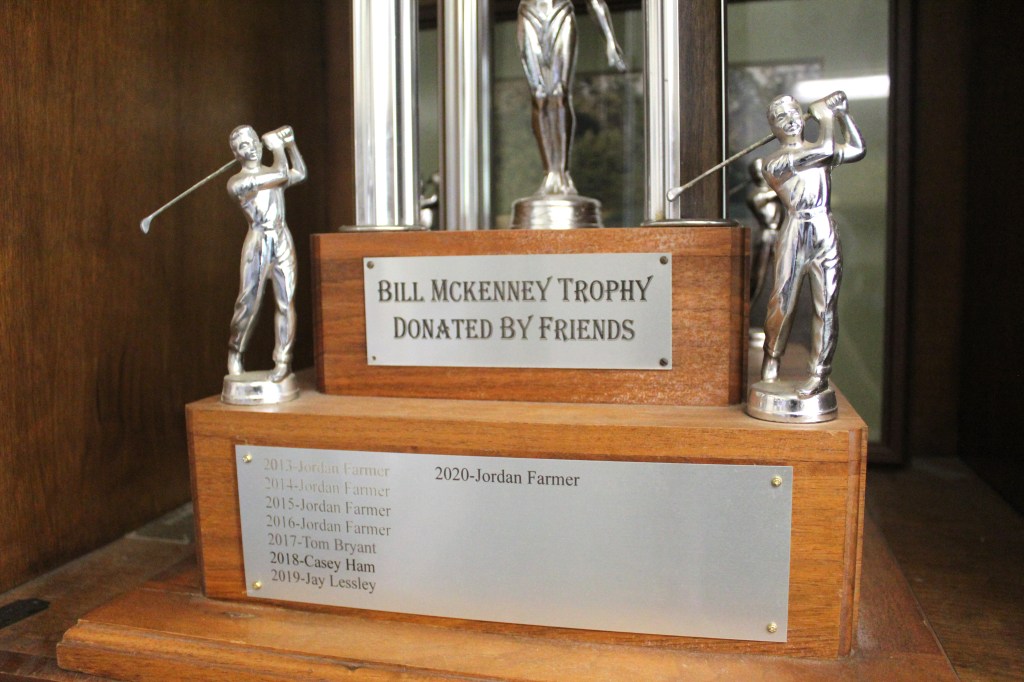 Golfers in the Miss-Lou region have until July 23 to sign up at the rate of $120 per golfer.

After July 23, registration to play in the tournament is $170, course superintendent Greg Brooking said. Anyone from the Miss-Lou area can play. He said players from McComb, Meadville, Bude, Vidalia, Ferriday, Monterey, Natchez, Fayette and Woodville are considered to be in the Miss-Lou region.

“The city championship determines who in our city is our best golfer,” Brooking said. “If you have ever lived in Natchez, you can come play.”

Since 1929, Duncan Park has held a city golf championship.

Historical disruptions of tournament play occurred during World War 2 and the Vietnam War. The city tournament resumed after the wars. In the Duncan Park Clubhouse, two trophies bear the names of past winners.

“If you win, you join a very distinguished group. It goes back into the 1920s,” Brooking said. “There is no golfer in Natchez that would not love to win it. It is the most important tournament in the city of Natchez for our residents. It is played like how you would play the U.S. Open. Our tournament is non-exclusive because you don’t have to be a member to play in it.”