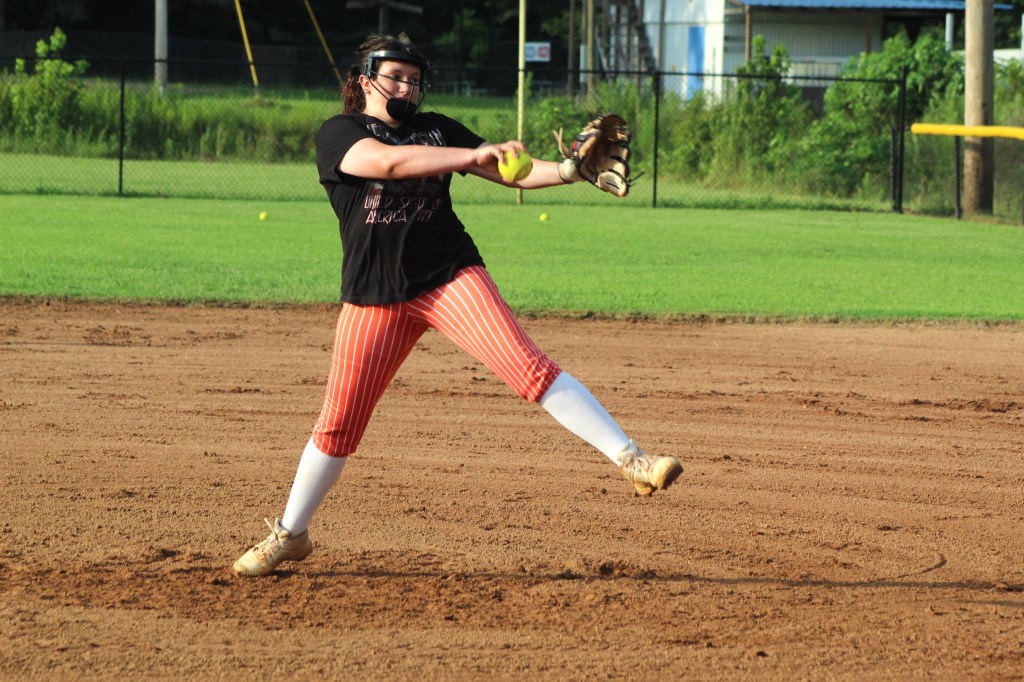 Adams County Christian School senior Laiken Davis has played softball since she started playing tee-ball as a little girl. She is now two weeks away from starting her senior season.

“I’m excited to play, but I don’t want it to be like last season,” Davis said. “Last year, we had to deal with COVID and couldn’t play as much. Despite all of that, it was fun last season.”

This season will be the first year she has started as a pitcher. During the practices leading up to the season, she sees limited action on the mound as her teammates go through fielding drills.

While she practices pitching once a week, she said she spends the rest of the week watching her teammates grow. Davis said she enjoys pitching, and she likes having fun with her friends. Davis also plays for a travel team called Nemesis in Laurel so she can practice there.

“My goal is to succeed

Behind the plate is catcher Cameron Strittman. She has played on the same team with her for the past 12 years, she said.

“I have known Cameron since I started travel ball. We were six years old,” Davis said. “Pitching to her makes me a lot more comfortable. She has caught me a lot. She knows my pitches and knows everything I can do.”

After she graduates, she said she plans to become a game warden or a veterinarian. To pursue those careers, she is looking to study at Mississippi State University. She would like to play softball in college if possible. Until then, she is excited to play softball at the end of the month.

“I love animals and anything to do with them,” Davis said. “We had a long time off because of COVID, and I enjoyed getting back to softball.”