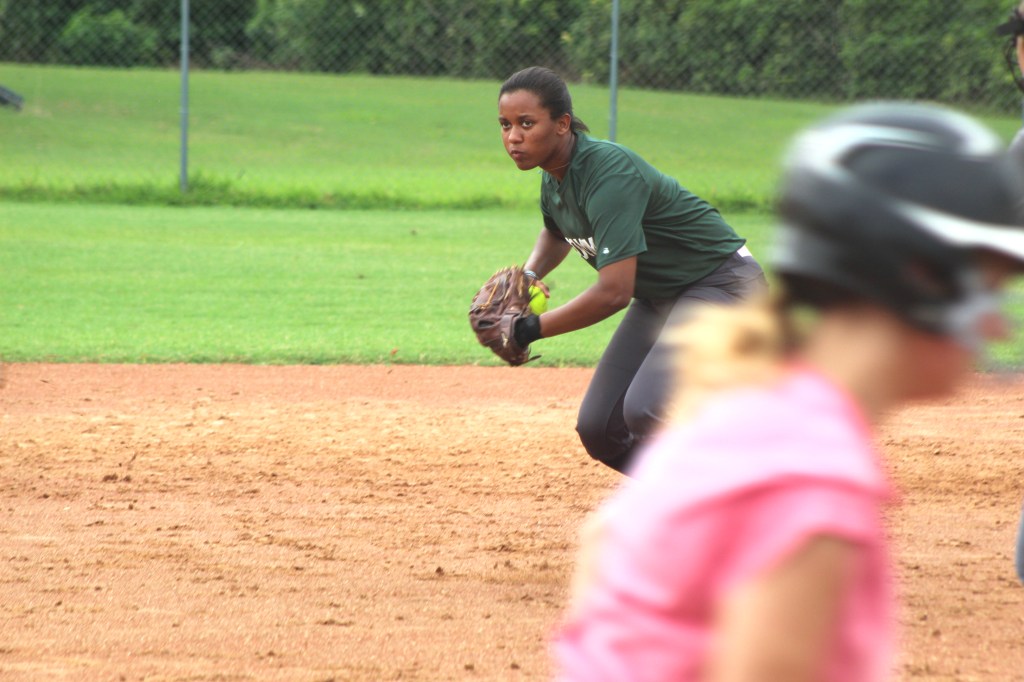 Cathedral senior Lauren Dunbar will not catch for the Green Wave softball team this season. Instead, she will be fielding grounders and throwing people out from shortstop.

“I go wherever (head coach Craig Beesley) needs me,” Dunbar said. “I moved there, and I will do my best. I will give my best.”

She has torn two ACLs in her high school career, one in each year. Rehab was difficult, she said, but she has had a goal of getting back onto the field.

“When I hurt my knee (the second time), I thought ‘I’m not going to come back from this,’” Dunbar said. “I was worried about softball because I’m trying to go somewhere to play softball. I was just trying to get back and ready for softball. “

To rehab her knee, she slowly built up agility and strength. The hardest part of rehabilitation was building her range of motion back up. Shortstops use a wider range of motion than catchers do, but they don’t have to bend their knees as much, she said.

During practice, Dunbar and a few of the other Green Wave players wore green shirts that said “commit” on the front and had the number five on the back. Ten players on the team got together to create the shirts, she said. The five things the team committed to are each other, 100 percent, staying positive, our mission and getting better.

“We have these goals we set, and we are just committed to having a good season, doing better and making it to state,” Dunbar said. “I want to make it to state this year. I want to go far in state. I have not made it to state in like two years. I think we can do it.”

She has played softball since tee-ball in the Natchez-Adams Softball League. She plays for a travel ball team in Texarkana, Texas, in Cathedral’s off-season, she said.

Travel ball helps her prepare for school ball, she said. Her softball skills have room for improvement, she said. She does not have any nerves in the final week before the season.

“I think it will be a positive season,” Dunbar said. “I’m positive about this season. We have a pretty good group out here. We can only go up from here.”

Roommates look ahead to week in Natchez, Natchez Golf…