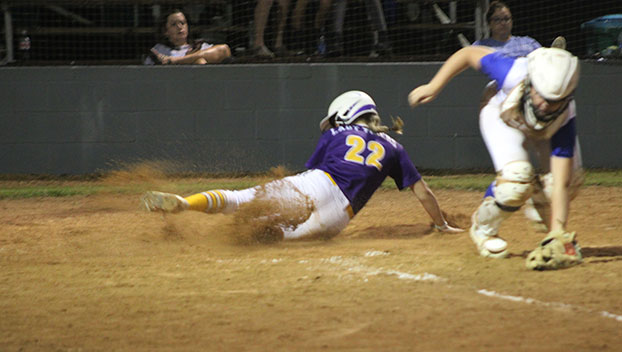 CENTREVILLE — In 2020, the Centreville Academy Lady Tigers’ fast-pitch softball team won the MAIS District 3-2A with an undefeated mark of 6-0 and then went on to win Class 2A South State and State championships.

This year, the Lady Tigers will not have a South State or State championship to defend. Instead, because of changes made by the Midsouth Association of Independent Schools earlier this year for the 2021-2022 and 2022-2023 school years, Centreville was jumped all the way up to Class 4A in the “All Other Sports” category.

The Lady Tigers will now be in District 5-4A, but with only one district opponent — longtime rival Amite School Center. They will be led by a new head coach David Sawyer this season, who was an assistant coach on last year’s state title team, is taking over for Billy Jones.

Jason Horne, the school’s athletic director and headmaster, said Jones recently tested positive for COVID-19 and is currently in a rehab facility.

“He’s doing better,” Horne said about Jones’ current status on his recovery. Unfortunately, however, not well enough to be coaching the 2021 Lady Tigers.

Sawyer said he found out “about a couple of weeks before the season started” that he would be taking over for Jones.

“Me and him coached together last season. After he got down, they asked me to be the head coach. But it ought to be a good, exciting year,” Sawyer said.

Sawyer said that practice has gone good so far, but that almost all of them have also been affected by the weather.

“We’ve been on the field three times,” Sawyer said. “We’ve been working and running to get prepared. It’s put a damper on practice outside. A lot of other coaches I’ve talked to have been in the same boat trying to get practice in.”

As for the move up from Class 2A to Class 4A, Sawyer said, “It was a big change. I feel like the girls are up for the challenge. We’re going to do what we can. We have a tough schedule, but the girls seem to be ready for it.”

Just about every non-district opponent on Centreville’s schedule is in Class 5A, including defending state champion Parklane Academy, who the Lady Tigers host on Monday, Aug. 23 and then travel to McComb to face on Thursday, Sept. 16.

Centreville Academy’s season begins on Friday, July 30 when it plays host to Class 5A Cathedral High School with the junior varsity game at 5 p.m., followed by the varsity game at 6:15 p.m. The next day, the Lady Tigers will be in Magee for the Simpson Academy Tournament at the Magee Sportsplex.

Other Class 5A teams that Centreville will face off with are Oak Forest Academy, Brookhaven Academy, Adams County Christian School, Columbia Academy, and Silliman Institute. The only other non-district foe from Class 4A that the Lady Tigers will square off with is Lamar Christian School. Their only opponent from a smaller classification is Class 3A Franklin Academy.

The Lady Tigers’ district showdowns with Amite School Center will take place on Tuesday, Aug. 24 and Tuesday, Sept. 14. They will host the Lady Rebels on Aug. 14 and then take the short trip to Liberty on Sept. 14. The JV and varsity games will have the same starting times of 5 p.m. and 6:15 p.m., respectively.