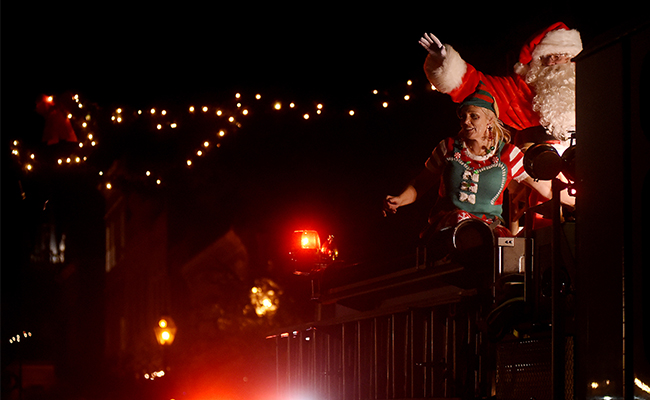 NATCHEZ — A Hallmark Channel Christmas movie will be filming here in Natchez next month.

Cameras should start rolling Aug. 30 and casting should begin in the next couple of weeks for the show to air between late November and mid-December, Lewis said.

“The film’s working title is ‘The Search for Christmas’ but that will probably change before it airs,” he said.

Lewis lives in Covington, La., and has been involved with approximately 50 films in various capacities throughout his movie career starting in 2008, he said.

However, Lewis said the Natchez-filmed Christmas movie would be the first Evergreen production to start rolling after he and his partner Rick Carter of Gulfport founded the company two years ago.

“We’ve got several things in development and this is the first one that we’re going to go to camera on. You know COVID sort of delayed several of our productions that were supposed to start in 2020,” he said.

Without revealing too much about the film, Lewis said the story is about three sisters who grew apart and their journey of finding their way back to each other over the Christmas holiday.

“They are reminded of the importance of family and traditions,” he said.

Locals should be happy to learn that filmmakers did their research to make the movie as authentically Natchez as possible and have written Natchez Christmas traditions such as the annual Christmas parade into the script, he said.

“We will be shooting in businesses and won’t be changing names,” Lewis said. “We also want to put as many Natchezians in the film as possible. … There will be several opportunities for people to be cast as extras, including kids, parents, etc. We’re also casting diversly to show Natchez as a whole.”

Lewis said originally the film would’ve been set in Ponchatoula, Louisiana. However, after a scouting visit in Natchez a few months ago, Lewis said he “fell in love with the area” and had his writers do a complete rewrite of the script to restage it in Natchez.

“It was really important to my partner Rick that we identify opportunities to film in Mississippi because promoting economic development here is a big part of why he is involved in our business. I’d say the biggest reasons we decided to come up here were the guys at Crooked Letter, John (Norris) and Tate (Taylor).”

Lewis said he has known Norris for many years and Norris had been “staying on me about coming up here and scouting it out.”

He was also convinced by two Natchez natives in the acting community.

“Ritchie Montgomery, who worked for me in Louisiana many times, and Patrick Mulhearn, who now lives in Baton Rouge but is a Natchez native and has been talking to me about Natchez for a really long time,” Lewis said. “I came and scouted a few months ago and stayed with John and Tate up in Church Hill and really got a sense of what Natchez is all about.”

In a Thursday night fundraiser for Christmas in Natchez, Evergreen offered up three featured roles in the upcoming film in an auction and raised more than $5,000 for Natchez’s Christmas events.

“My hope is that this film is so successful that we’re able to exceed expectations, offer it at a reasonable cost and it will be the first of many Hallmark films that we will bring here so that people will have an opportunity to experience Natchez in every season,” he said.