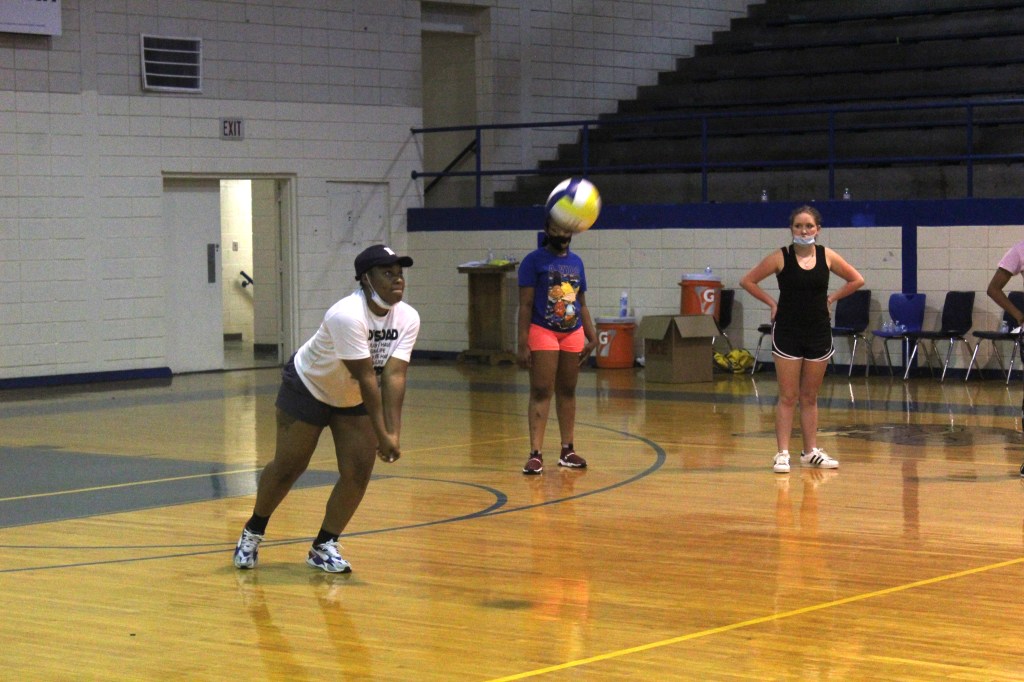 When athletic director Alphaka Moore advertised the volleyball position, he took some time and thought about applying. Realizing it was on short notice and there may not be any interest in the position, he put his name in the hat, he said.

“I saw it as a challenge,” McCullen said. “I knew it was a great opportunity for our kids and the young ladies in this community. I knew I was up to the challenge. I stepped up because it was good for our kids… I through my name in the hat so the program will not fail for lack of having anybody willing to coach.”

McCullen said he has never coached volleyball, but he is not entering the season completely blind. Two-time Olympian volleyball player Keba Phipps is his cousin and has been his biggest supporter, he said. Volunteer coach Samore Allen is also helping out. She played volleyball in high school, McCullen said.

“(With Phipps) I have a dependable resource with an incredible amount of knowledge who could help me out,” McCullen said. “Through the years she has always asked about volleyball in Natchez and I told her we don’t have volleyball. When it was announced we would have one I called her.”

Tryouts for the volleyball team were this past week. About 56 girls, divided between three sessions, showed up to tryouts, he said. The young athletes have been “highly enthused,” he said.

Seniors make up the smallest group out of the three sessions. It is a good thing to have young players interested, he said. Sophomores and juniors can help build the program for the future, he said.

Natchez High School would compete as an independent this season and will not have a district, he said. Scheduling games with other schools has been a challenge because they scheduled games in May, he said.

“The schedule is partially filled,” McCullen said. “There have been quite a few teams who found places in their schedule to help us grow. They are programs who are already established.”

Natchez will have a home and home with South Pike, McComb and Hattiesburg. Their goal is to have a total of 10 games in the first season, he said.

Community response to Natchez starting a volleyball team has been positive, he said.

“People that know me and that I have come in contact with since the announcement in the grocery store and the school building are saying things like, ‘I wish we would have had volleyball 30 years ago,” McCullen said. “Or they would say ‘I can’t play and I don’t have anybody playing but I will be there to support y’all.’ There are a lot of women saying to me they love volleyball and they wish we had volleyball years before. We are excited about having volleyball coming to Natchez.”