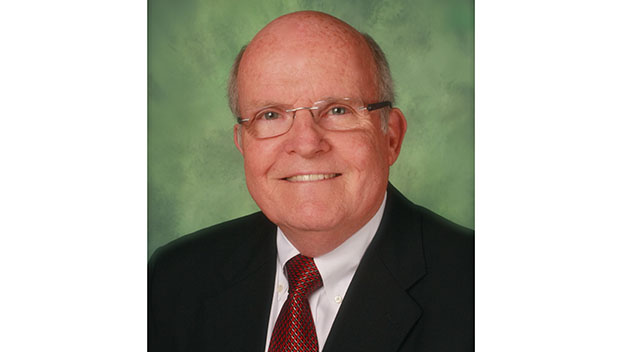 Tommy was born in Natchez on December 31, 1939, son of Marcella Healion and Michael Patrick O’Beirne.

The seventh of ten children, Tommy’s life was grounded in a deep faith and commitment to God and an endless love for his family. After graduating from Cathedral High School in 1958, he spent a year delivering bread for Holsum Bread Company and performing as the lead singer for local rock and roll band, The Bop Beats. He then moved to Oxford, MS, and received his undergraduate degree from Ole Miss in 1963, followed by his juris doctorate in 1965. Tommy studied tax law at New York University and then returned to his beloved hometown to begin practicing law. In 1972, he was elected Adams County Prosecuting Attorney which launched his career of public service. He later served in the Mississippi House of Representatives, seven terms as the Chancery Clerk of Adams County and as president and many years on the advisory board of the Mississippi Chancery Clerks Association. He loved Natchez and Adams County and was overjoyed by the recent revival and promising developments on the horizon for the community.

Tommy was a dedicated and lifelong member of St. Mary Basilica where he was baptized, confirmed and married. He contributed to the church as a member of the first Parish Council, the Finance Committee, and as lector, cantor, usher, choir member and altar server. He also loved and supported Cathedral School.

He always felt giving back to his community was the best way to ensure its success and actively supported his community as a long-time member of the Board of the Adams Jefferson Improvement Corporation (providing Headstart services), Boys & Girls Club of America, The Historic Natchez Foundation and The Metropolitan Planning Commission and the Board of Adjustment, both predecessors of the present-day Planning Commission of the City of Natchez.

As the son of Irish immigrants, he was proud of his Irish heritage and loved finding ways to celebrate it. He traveled to Ireland with his family several times to visit his O’Beirne, Healion and Ganly cousins, including his honeymoon with Pokey in 1972. One of his favorite events of the year was the St. Patrick’s Day Parade in New Orleans which brought together scores of O’Beirne family and friends from all over the world. He was honored to serve as Saint Patrick for the Krewe of Killarney in 1998.

Most of all, Tommy loved his family, and his greatest joy was spending time with them.

Tommy is survived by his wife of 49 years, Pokey Jones O’Beirne, children and spouses, Katie Thibault and Patrick O’Beirne of West Hartford, Conn., Meg and Andy Payment of Pass Christian, and Kathleen and Ryan O’Beirne of Jackson. Known as Granddad or Grandy, he is also survived by his precious grandchildren who adored him beyond measure: Elizabeth Thibault, Emma O’Beirne, James Thibault, Thomas O’Beirne, Emily Payment, James O’Beirne and Charlotte Payment.

He is also survived by his siblings and in-laws Danny O’Beirne of Baton Rouge, La., Ingeborg and Michael O’Beirne of Tubingen, Germany, and Eileen Clayton, Margaret Williams, Patsy Rogers and Noreen Bozeman all of Jackson, Mary Jane Gaudet of Natchez, Jean O’Beirne of Baton Rouge, and countless nieces, nephews, great-nieces and great-nephews, whom he loved dearly and was always interested in hearing about their lives.

Visitation will be Thursday, July 29, from 12:30 p.m. to 2 p.m. at Assumption of the Blessed Virgin Mary Catholic Church followed by a Mass of Christian Burial at 2 p.m. Burial will follow at the Natchez City Cemetery under the direction of Laird Funeral Home.

The O’Beirne family would like to extend their thanks to the many medical professionals and caregivers who were dedicated to Tommy’s care in the past five months. The family requests memorials be made to St. Mary Basilica, Cathedral School or to a charity of your choice.