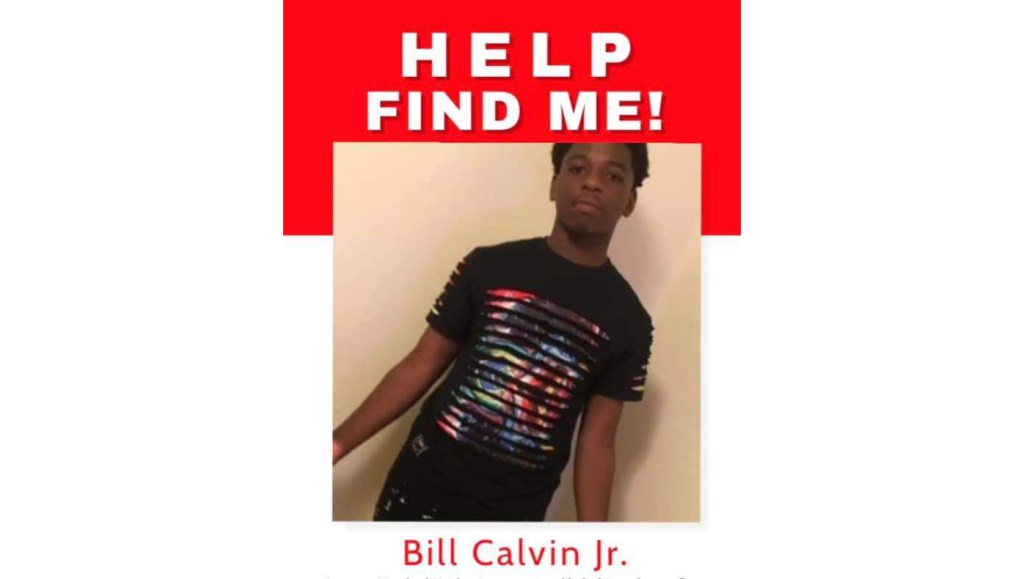 This flyer picturing Bill Calvin Jr. was circulated on social media by his friends and family in July asking for the public's help in finding him. On Thursday, Adams County Coroner James Lee said human remains found last week on Booker Road were confirmed to be Calvin's.

NATCHEZ — Law enforcement and the friends and family of a young adult man who is missing are asking for help from their community to find him.

A digital flyer has circulated around social media asking for anyone with information regarding the whereabouts of Bill Calvin Jr., age 20, to contact his family or the Natchez Police Department at 601-445-5565.

Natchez Police Chief Joseph Daughtry said the young man has been missing for at least a week.

According to information put on social media by family, he was last seen at the Maryland Heights Apartments in Natchez wearing a black shirt and camouflage shorts. He is described as being 5 feet and 5 inches tall, 160 pounds and having brown eyes and short black hair.