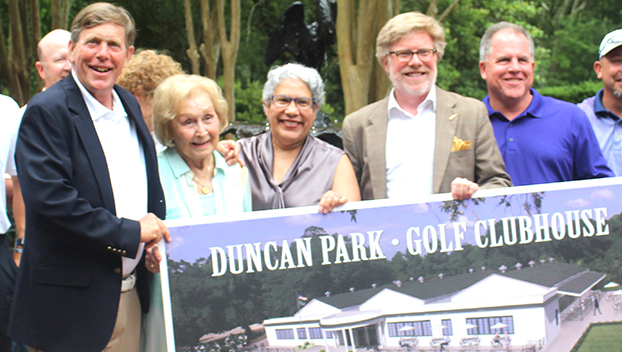 NATCHEZ — City of Natchez officials voted to hire a Claiborne County woman to be the new director of Parks and Recreation on Friday in a special-called meeting.

Now they are just waiting for confirmation that she will accept the position before it’s official.

The board interviewed three applicants for the position in executive session Friday, which is closed to the public and to media.

After more than three hours in executive session, the board voted 4-1 to hire Michelle Burrell as the new director of the Parks and Recreation for the City of Natchez.

Aldermen Valencia Hall, Sara Carter-Smith, Felicia Irving and Dan Dillard voted yes, Alderman Billie Joe Frazier voted no and Alderman Ben Davis was absent at the end of the meeting when the board voted on hiring the recreation director.

Natchez Mayor Dan Gibson said Burrell has 27 years of experience working as the Parks and Recreation Director in Claiborne County.

The other two finalists were Fay Minor, who is the current Sports and Programs Director for the Natchez-Adams County Recreation Commission, and Sanora Cole who does recreation work in Baton Rouge.

Hall, who chairs the city’s recreation committee, said after the meeting that there were approximately 40 applicants for the position altogether.

“(The committee) dwindled that down to five before coming to the final three,” she said. “(Burrell) is highly qualified. … She has vast experience in recreation and maintenance, carpentry and plumbing. Her staff have been with her for a very long time and she is very team-oriented.”

The motion to hire Burrell was made by Hall. It was seconded by Alderman Dan Dillard, but not until after Aldermen Billie Joe Frazier and Felicia Irving both expressed their concern that the officials were being too hasty by asking for a vote on Friday.

Frazier said it was “a rush in judgment” to vote on hiring someone they had just interviewed and Irving urged the board to wait until another meeting before voting on the issue.

Frazier also said there was “another qualified, local applicant that (officials) failed to give consideration and she is running the department already,” referring to Minor.

A heated discussion took place between Dillard and Frazier after Frazier alleged that the decision was made so quickly because some officials already knew who they would pick before the interviews.

“The characterization that this is already made up and predetermined … that there is someone already in place that is being railroaded out of here is so grossly misstated that it warrants being called out for what it is,” Dillard said, of Frazier’s remarks. “There comes a time where you have to look at what it being presented to you and make your own decision. Don’t let someone else make it for you.”

In other matters during Friday’s meeting, the board received four bids to finance a $2 million bond issue for recreation improvements. They decided unanimously to accept the lowest interest rate of 1.873 percent.

Natchez Mayor Dan Gibson said the city would be “getting more money than we expected for about the same payment” as when officials sought a $1.7 million bond before deciding to apply for $2 million.

He said the $2 million bond would allow the city to have some financial flexibility as they undertake projects to restore and add new equipment and amenities at each of the city’s parks.

In order to approve the bond issue, officials first had to approve a waiver allowing Watkins & Eager to represent the City of Natchez on the matter, despite the firm having a conflict of interest due to its involvement in a Titan Tire lawsuit.

The waiver authorizes the Watkins & Eager law firm to represent the City of Natchez on the bond issue while the firm is also representing Titan Tire in litigation with the city.

“This is not an unusual situation that we find ourselves in,” said Peyton Prospere, an attorney with Watkins in Eager. Titan Tire was sued by the city several years ago and the matter of the bond issue is separate and distinct from that, Prospere said.

Titan Tire operated in Natchez at a city-owned plant from 1998 until 2001, when the plant was closed after a labor strike.

The building has since remained abandoned, but Titan continued to man a small security detail at the building until the corporation relinquished possession of the building and property to the city in 2017.

Last year, both the City of Natchez and Titan Tire signed a similar waiver allowing Greg Harper and Manning McPhillips to assist the city as a lobbying firm and advisor on economic opportunities and government affairs, Prospere said, adding Titan Tire has also agreed to a sign waiver to allow the firm to do work for the city for the recreation bond as well.

“The motion is because there are no direct responsibilities and interaction with the Titan Tire matter and (the bond issue) is a separate and distinct undertaking in a different legal arena with a limited duration — these conflicts can be waived,” he said.

Fraizer voted “nay” to the waiver after expressing his concern that the city was violating ethics laws. The motion passed by a vote of 5-1.

The board then unanimously approved the low financing bid for the bond issue.

“The bid that was received is quite low and rates are at historic lows right now,” Prospere said. “For the first 10 years, the city will not pay more than $120,000 annually for debt service and then it creeps up a little for the last 10 years to $137,000. … This is a good deal for the city.”

Prospere said the targeted date for closing on the bond issue and the city receiving funds is Aug. 17, at which time the city can begin funding park improvements.

Gibson said his goal is to “see some progress” made in city parks by this fall.

Gibson said the board’s approval of a full-time parks and recreation director was also timely, because she would be able to “hit the ground running on an important project” to improve city parks. He said architects are working now on plans for a renewed North Natchez Park Youth Center and the Duncan Park Golf Clubhouse.

The board will also have to go through a bidding process for the desired park equipment, Gibson said.

“It’s not the same as going out and buying a play set for your backyard,” he said.  “We have to follow the law and make sure we do it correctly. … The parks didn’t get in this condition overnight and it’s going to take time to get them back where they need to be.”