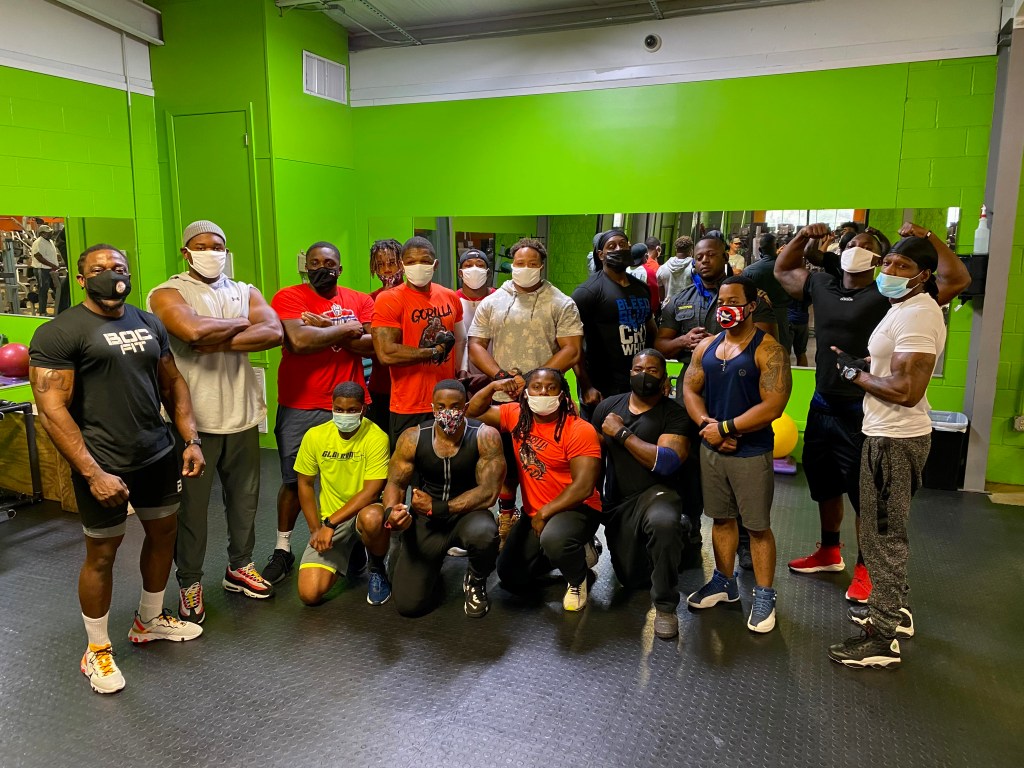 Goodwin also took home the middleweight title lifting 485 pounds. He said he had never benched that weight before, and it was a personal best for him.

Total Fitness manager Ronald Chatman is the man who taught Goodwin how to lift weights, he said. Knowing Chatman was strong, he knew he had to lift a high number to win the competition.

“It hurt, but it was something I had to do,” Goodwin said. “It was one of those moments where I felt like I could definitely impress ‘Chat’. My mind was like ‘I better lift it.’ I was stoked and happy when I did.”

He said it meant a lot to him to compete with guys from the Vidalia, Natchez and Fayette areas. Typically, the gym has a competition every Friday called “Chat Fridays” where they compete to be the best in whatever event they choose, he said.

Chatman said 16 people competed in the event, and there was a crowd of about 30-40 people watching. It was an event to spread positivity in the community as well as unity, he said.

“It was to bring together the surrounding areas. It was to do something positive for health and encourage people to get in the gym and work out,” Chatman said. “It was good for health and bringing people together. We want to thank our owner Bobby Turner for letting us host this. We are going to do another event this same time next year.”

Goodwin said in a lot of ways Chatman has been like a father figure in the gym. In 8th grade, he taught him how to do a pushup, and they have been working out together since.

Their hope with the event is to begin a positive spark in the community and get people to work out because it can be fun and competitive.

“I’m the living testament to that,” Goodwin said. “I had never thought about working out until I met Chat. I was not into it. Seeing Chat how strong he was for his size. I just wanted to embody that. It kind of came full circle. I wanted to be the Chats of now and it kind of happened.”

“We want to thank everyone for participating,” Chatman said. “We ask that all the people who participate show up again next year.”