Green Wave back on winning track ahead of weekend tournament 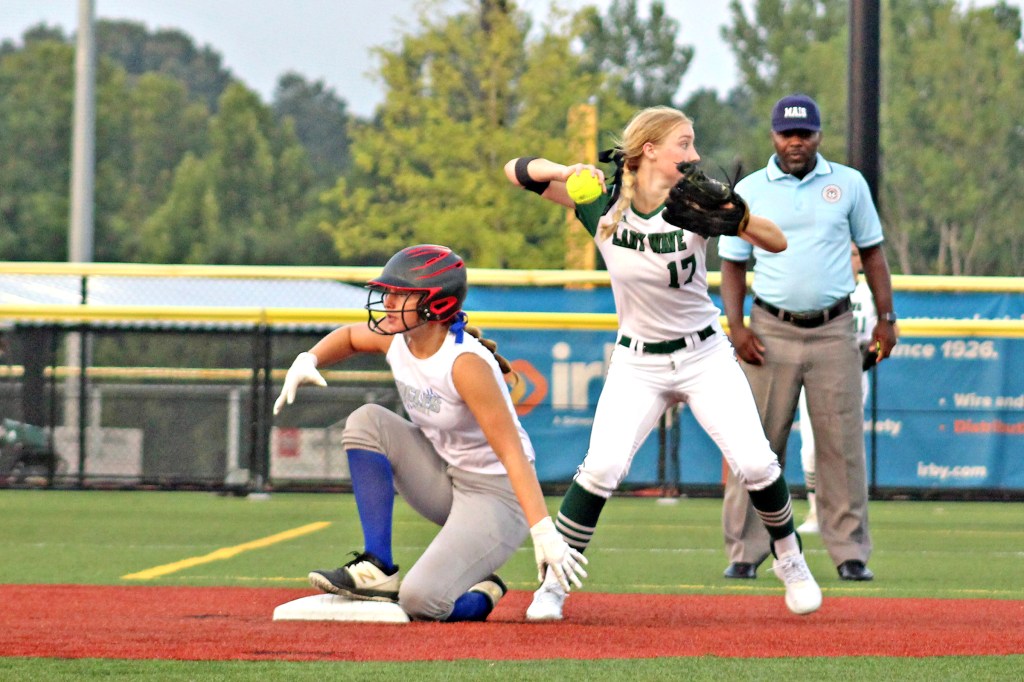 Cathedral's Hannah Murray (17) looks to turn a double play after getting a force out on Porter's Chapel Academy's Emily Phillipson in the third inning of Thursday's game at Sports Force Parks. (Ernest Bowker/The Vicksburg Post)

He said he had second-guessed himself in those games, which he felt put them in a bad situation. They got back on the right track and had 10 hits and some help from Porters Chapel, who walked 14 batters.

“I thought we hit well through the lineup. Everyone from one to nine was hitting the ball well,” Beesley said. “I felt like Lauren Dunbar and Mckenzie Young have had exceptional starts to the season. I hope we can get a few more girls to swing the bat real well.”

Porters Chapel started the game with a 2-1 lead but gave up 13 runs in the second inning to blow the game wide open. He said the turning point for Cathedral came when Lauren Dunbar stepped to the plate with a score of 3-2.

“Dunbar had a big three-run home run,” Beesley said. “At the time, the score was 3-2 I believe when she hit it and made it 6-2. That sparked us I believe.”

He said the team lost focus towards the end of the game. In the game, Cathedral used three different pitchers. Lily Crum made a good start in the game, but he wanted to see if he had a second or third pitcher to count on.
Having multiple pitchers in softball is crucial for tournaments, he said. Cathedral hosts a showcase this weekend, and all he wants to see is his pitchers throw strikes.

“One thing I’m looking for is our three pitchers to be able to throw strikes. I may go as deep as five pitchers,” Beesley said. “We got to have someone who can step up and consistently throw strikes and let our defense play behind them. I feel like we have a good defense. In the big picture, I’m looking for us to get ready for the district.”