Garrett E. Martin, 20, is being detained at CPSO. 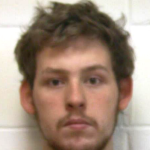 According to a news release, detectives received credible information relative to the possession of child pornography by a subject residing in Vidalia.

Further investigation revealed evidence that showed numerous videos had been downloaded from the internet, over twenty times, which were traced to an online account and IP address at Martin’s residence in Vidalia.

Investigators obtained and executed a search warrant on Wednesday and seized all of the electronic devices and computers at the residence and arrested him.

“Our children are the community’s most precious resource,” Concordia Parish Sheriff David Hedrick said. “My office will proactively look for individuals who prey upon children, either through their collection or distribution of child pornography or their failure to comply with state sex offender registration laws.”

Law enforcement authorities added this investigation remains ongoing and asked anyone with information to call CPSO at (318) 336- 5231.