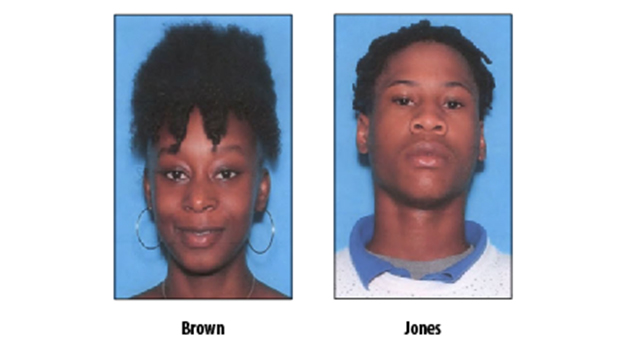 Pictured are 18-year-old Jamesia Brown and 16-year-old Cameron Jones who were killed in 2020. Photos courtesy of Adams County Sheriff's Office.

NATCHEZ — The Adams County Sheriff’s Office is requesting information regarding the May 1, 2020, murders of 16-year-old Cameron Jones and 18-year-old Jamesia Brown.

The bodies of the two teens were discovered at 1:50 a.m. Friday, May 1, 2020, in their vehicle at 20 B Graves Ave., or Kenny Graves Apartments, in Natchez, a news release from Adams County Sheriff’s Office states.

Law enforcement agencies are offering up to a $5,000 reward for tips that lead to the arrest of those involved in the double homicide.

Anyone with information regarding the above homicides is asked to call Mississippi Regional Crime Stoppers at 1-800-222-8477 or use either the P3 Tips or Tipp411 apps to report anonymously or contact Major Frank Smith of the Adams County Sheriff’s Office Criminal Investigation Division at 601-597-4328.

In April, ACSO announced the arrest of Somaj Jackson, 18, after finding evidence linking her to the incident. However, Smith said he and those investigating it do not believe Jackson was the only person involved.

Smith said ACSO is appreciative of any information that could help investigators resolve this case.

“We’ve run out of the leads that we have and we’re encouraging anyone with information to come forward,” he said.