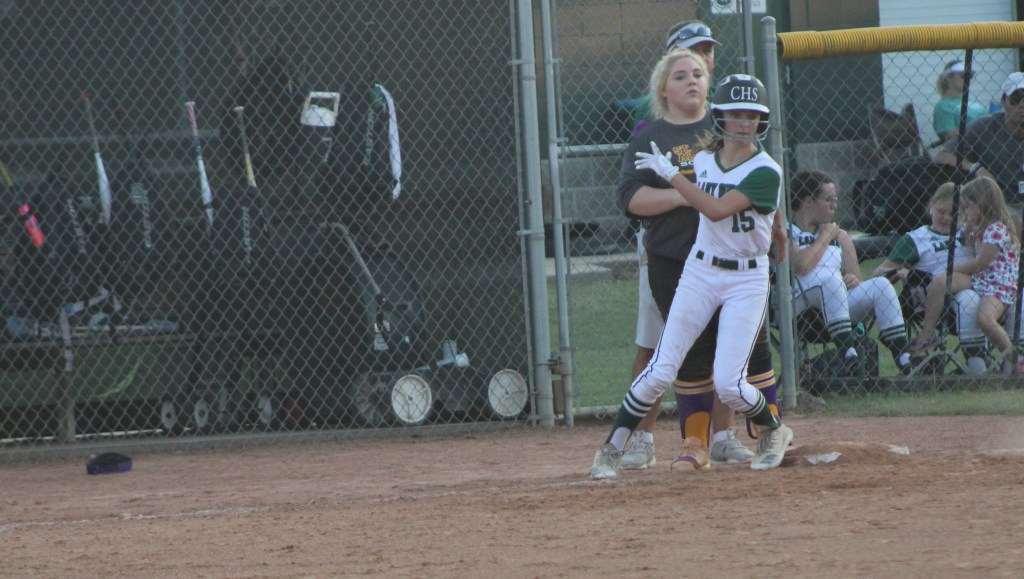 Cathedral's Koleman Grace Fisher had two hits in Cathedral's 14-4 win over Centreville Academy Thursday night. The Green Wave had 15 hits in the game as a team. (File photo, The Natchez Democrat)

It was the third time the Green Wave played the Tigers and the second time they won. Centreville won the first game 10-5. They used a late-inning rally to score eight runs in that game. In the two games since Cathedral has outscored Centreville 20-5, he said.

“It is not necessarily a redemption,” Beesley said. “I’m happy to see we played a complete game. I hope we are peaking at the right time. We start district next week. Now every Monday and Tuesday, you have to play the best you can play.”

The Green Wave is rolling with a seven-game win streak into district play. Offensively, they had a season-high of 15 hits in their game against Centreville. Green Wave players KG Fisher, Kinslee Young, Lauren Dunbar, Lizza Gregg, Lily Crum, Gracie Harrigill, Marlie Hargon, and Cate Drane had a hit.

“I thought we swung the bat well from top to bottom in the order,” Beesley said. “I don’t think we have played the best. I think (Thursday) night we did. I hope we can keep our focus.”

The focus will now turn to Adams County Christian School as the Rebels host the first game Monday at 7:30 p.m. ACCS is on a five-game losing streak and will play in a softball tournament at Amite School Center this Saturday.

“I always preach to my kids. ‘We aren’t playing our opponent. We are playing ourselves,'” Beesley said. “You want to make sure you win those first few games in district, unlike what we did at the beginning of the season. We want to make sure we keep the streak going. “