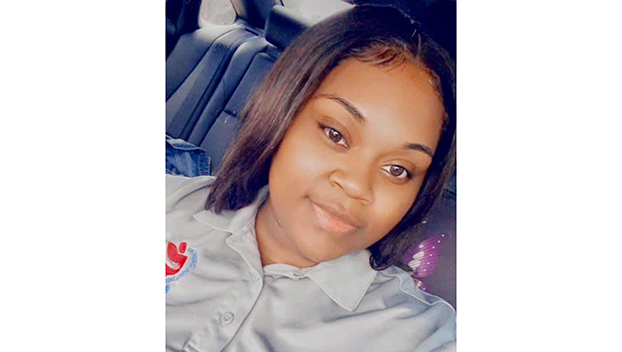 AJFC Community Action Agency shared this image of Devonica Hammett, 25, who was found deceased with a gunshot wound in her chest outside her residence on Country Club Drive early Saturday morning. Hammett was a beloved mother of three and "shining star" of the agency's Community Services department, they said.

NATCHEZ — Violent crimes which occurred over the weekend in Adams County has county officials and community agencies calling for action.

Adams County Supervisors Warren Gaines and Ricky Gray both said the county should take steps to install crime cameras in response to two separate shooting events that took place over the weekend in Adams County. A young woman and mother of three was killed outside her home on Country Club Drive and two young men were badly injured on Myrtle Drive.

“To keep our people safe, someone needs to figure out what it is going to cost to put cameras in these areas and we need to do it immediately,” Gray said.

“Crime is going back up and it’s sporadic,” he said. “I’m with supervisor Gray. Whatever we need to do, we need to start doing the footwork to get these crimes solved.”

Devonica Hammett, 25, was found deceased with a gunshot wound in her chest outside her residence on Country Club Drive early Saturday morning. Devonte M. Jackson, 25, later turned himself in to ACSO and is being held on a murder charge.

She also worked with AJFC Community Action Agency, and the agency issued a statement about her death on social media Saturday.

“The AJFC family is saddened by the news of the senseless killing of Devonica Hammett,” the agency states. “Ms. Hammett was a devoted mother, a beloved daughter and loved by many. At AJFC, she was a shining star in our Community Services department.”

AJFC also stated, “AJFC condemns all of the recent violence that our communities have had to endure. Acts of domestic violence should always be taken seriously. If you are currently in that situation, please get out now! Don’t wait until it’s too late.”

AJFC included an emergency number for victims to call who need immediate assistance in situations of violence, 1-800-799-SAFE(7233).

Both were airlifted from Merit Health Natchez to another hospital for medical attention.

Sheriff Travis Patten said both victims are alive and investigators have identified persons of interest in the case. The investigation is ongoing, he said.

The Adams County Sheriff’s office is asking those with information or video of the crime to contact them in one of the following ways.