Jacie Ratliff is a hustler on the pitch 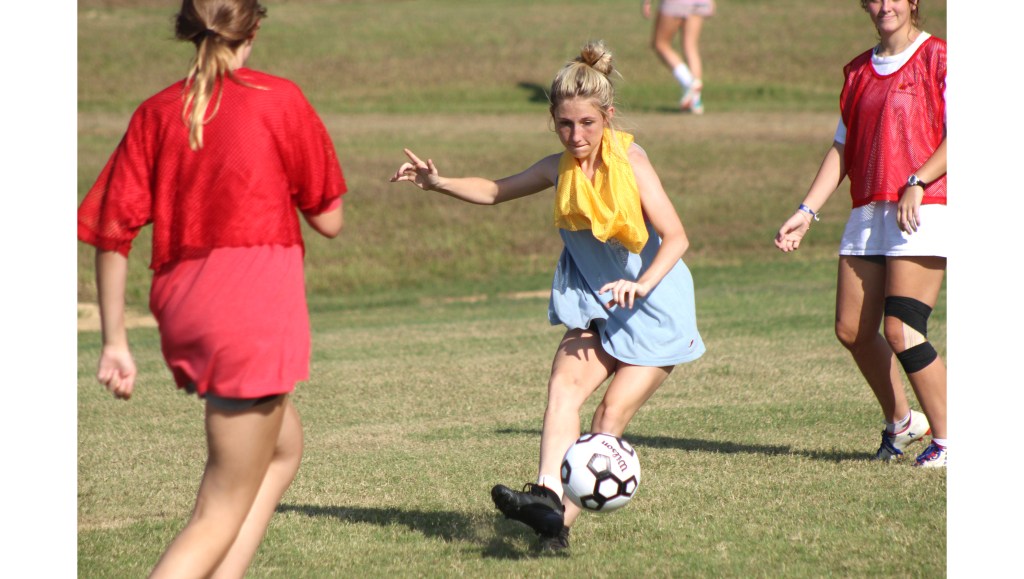 Jacie Ratliff is battling an ankle injury she suffered in a tournament at Brookhaven Academy two weeks ago. (Hunter Cloud | The Natchez Democrat)

NATCHEZ — Cathedral senior Jacie Ratliff has played soccer since she was a little kid, and she has played for the Green Wave since ninth grade. Head coach Dennis Hogue said she is a hustler in defense or midfield.

She met her best friend on the team Kerrigan Winding , in ninth grade. Her older brother Justin Ratliff played soccer, and it introduced her to the game.

“He used to play for a Vidalia league team, and I wanted to follow him,” Ratliff said. “I’m better than him. We used to play each other when we were little.”

As a senior, her goals are to win all of their district games, win district and go to the state finals. Looking back to Kerrigan and the others she said, “it is upsetting because it is our last year with the girls you have been playing with.”

Hogue said she has been battling injuries her whole career. This year, she has an ankle that keeps messing up. Throughout her career with Cathedral, she has sprained her wrist, pulled something in her hip, and her ankles and knees have suffered painful collisions.

“(The ankle) is not going to stop me from playing,” Ratliff said. “I’m going to push through. Sometimes it can be hard, but you have to get the pain out of your mind and focus on doing what is best for the team.”

In a tournament at Brookhaven Academy, she slipped, and a girl on the opposing team kicked her leg while it was on the ground. Medical tape was on her ankle in practice Monday.

Hogue said in one of their games this season she was man-marking a player so tight the opponent got frustrated. While battling for a ball, the opponent elbowed Ratliff on purpose. She said she uses a mantra to play through the pain.

“I start thinking, ‘ignore the pain, focus on the ball and the movements,’” Ratliff said.

Soccer is a game where she can let her aggression out, she said. It offers an opportunity to spend time with her teammates, she said. Winning games is a good feeling, she said.

Midfield is her favorite position because it offers her a chance to create scoring opportunities for her teammates, she said. The most memorable goal came against Starkville Academy last season, she said.

“I made it from midfield,” Ratliff said. “I was hurting, and I went for the ball. I slid and chipped it over perfectly and into the goal.”