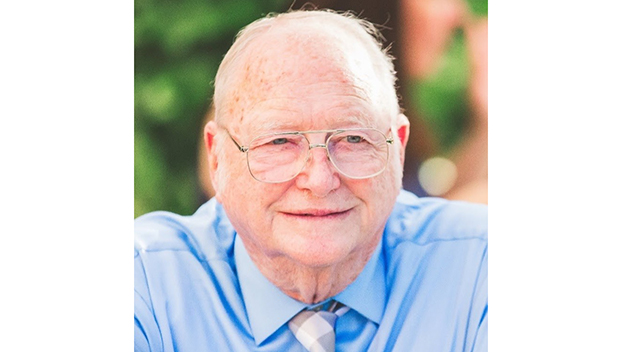 VIDALIA, La. — A memorial service for James Ralph Pratt, 85, of Vidalia will be held at Vidalia First Baptist Church on Saturday, August 21, 2021, at 11 a.m. with Rev. Dusty Lindsey officiating and his grandson, Jacob Boles, to provide the eulogy. Visitation before the service begins at 10 a.m.

A funeral service will be held at Cox Funeral Home on Sunday, August 22, 2021, at 3 p.m. with Dr. Wesley Faulk officiating. Visitation before service begins at 2 p.m.

James Ralph Pratt was born on March 17, 1936, from the union of N.B. and Jessie Maude Pratt of Bastrop, Louisiana and passed from this life on August 18, 2021. James “Sonny” was born to his parents in their home and spent his childhood years growing up in Bastrop, Louisiana. He served in the United States Navy, and then became a Brick Mason at International Paper in the 1960s before retiring in 1999. He was a member of the Masons and worked tirelessly with the Vidalia Chapter of the American Cancer Society and the Red Cross Disaster Team.

James had a servant’s heart. When he retired, he wasn’t finished using the talents God gave him. Whether it was through the work he did with Kingdom Builders Organization, remodeling friends’ and family’s homes, or working on the never-ending honey-do list for his kids—he always had a project going. There was not a time in his family’s memory where James wasn’t building something, and not just in the physical sense. He built a beautiful family, he built strong relationships with his friends, he built connections with strangers, and he never stopped building upon his faith. He was praying alongside his son when his Father welcomed him to heaven, and he left this earth to go Home.

He was a selfless man with a big heart. James loved being around his family. He found joy in cooking for the holidays, taking trips with his kids, and he never missed an event in his grandkids’ lives. He was a true patriarch to the Pratt family and set an example of compassion, faith, and hard work. He instilled that in the lives around him and the impression he left on everyone he met will live on forever.

James was preceded in death by his parents, N.B. and Jessie Maude Pratt, and his brother-in-law, George Fleming. Those left to cherish his memories are his son, John Pratt (Michael) of Chicago, IL; his daughter, Milly Boles (Joel) of Bastrop, LA; his son, Patrick Pratt (Stacie) of Houston, TX; his son, Robert Pratt (Rachel) of Chicago, IL; his sister, Margaret Fleming, of Jonesboro, AR; his grandson, Jacob Boles (Blair) of Baton Rouge, LA; his granddaughter, Emily Boles, of Bastrop, LA; his granddaughter, Chesney Marquis (Josh) of Dallas, TX; his grandson, Hunter Musgrove, of Asheville, NC; and, his great-granddaughter, Maibrie Marquis. He is also survived by a host of nieces, nephews, cousins, and friends.