Prayer service to be held at Merit Health this Saturday 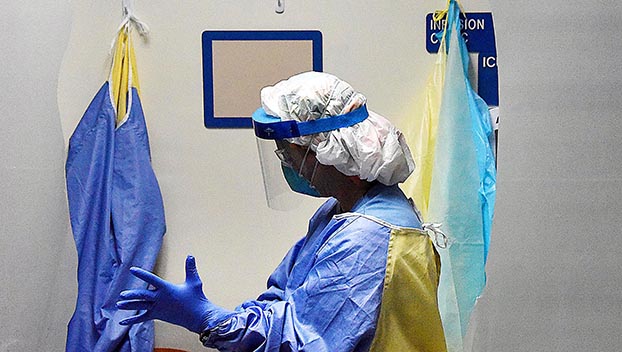 NATCHEZ — “I was a patient at the hospital a couple of weeks ago, and it was chaos,” said Christina Purnell.

She was diagnosed with COVID-19, and as she waited in the parking lot near the emergency room entrance to be seen, Purnell said she witnessed a lot of police present and a car pull up with a hole in it so large it looked as though a brick went through it.

“I was told it was from a shotgun,” she said.

The already tired medical personnel, overwhelmed with patients sick with COVID, had to prioritize care for a shotgun victim in critical condition.

Despite having so many patients, Purnell said Dr. Akinremi Akinwale treated her well.

“They are working so hard. There were so many sick people in the waiting room,” Purnell said. “I was inspired.”

The whole experience inspired her to host a prayer service for all of the hospital workers and first responders on Saturday, beginning at 3 p.m. outside of Merit Health Natchez, she said.

The prayer service would not only be for those who are sick with COVID-19 and the people caring for them, but will also include prayers that the recent uptick in violent crimes in Natchez and Adams County will come to an end, she said.

On Thursday, Aug. 5, at 3 p.m., Kelvin Abraham was shot in his vehicle and later died in a Jackson Hospital. Natchez Police are still investigating the incident.

Adams County Sheriff’s Office responded to two other shooting incidents last weekend, one in which Devonica Hammett, a 25-year-old mother of three, was killed and another in which two men, Emanuel Jones, 21, and Melvin Myles, 22, were badly injured and are now recovering.

At Saturday’s prayer service, Purnell said seven community ministers would each pray over the violence in the community and all of the medical workers and first responders.

Purnell said she has invited city officials, ACSO, and NPD officers to come and be a part of the service as well.

The prayer service would take place outside of the hospital, to avoid getting in the way of medical workers, and mask-wearing is encouraged, she said.

Speaking on behalf of her doctor and for herself as a recent COVID-19 patient, Purnell said they encourage others to be vaccinated against COVID-19 if they have not and potentially reduce the strain on hospitals.

“As a COVID victim, speaking for myself, get vaccinated,” Purnell said. “Get that extra layer of protection.”

Three more die due to complications with COVID-19 in…