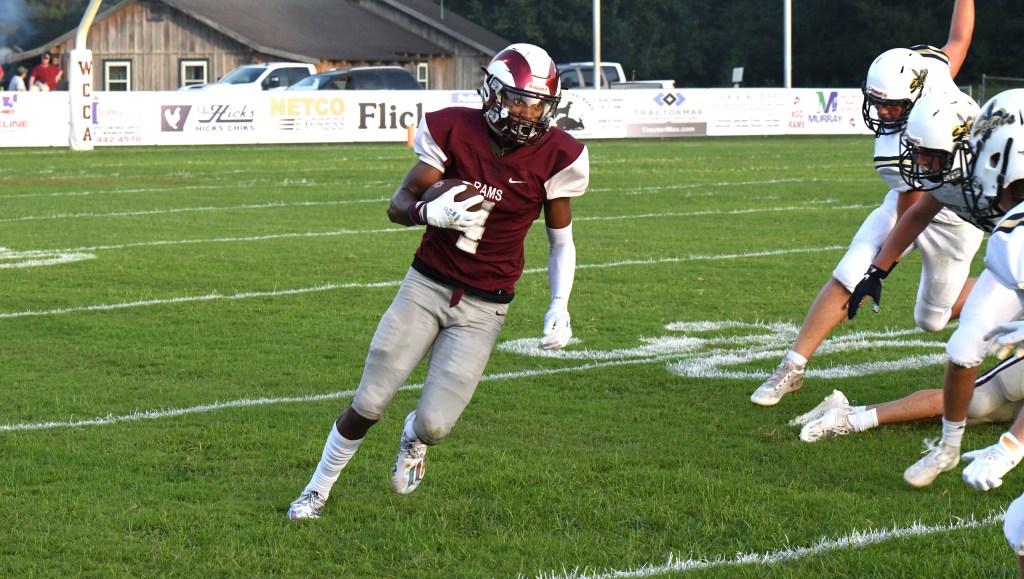 Bailey had eight carries for 160 yards and two touchdowns to go with a 62-yard touchdown pass from Andrew Sessions. Bailey had touchdown runs of 21 yards late in the first half that put the Rams up 48-14 at halftime and 53 yards with just under five-and-one-half minutes left in the game.

Sessions completed six of 15 passes for 131 yards and two touchdown passes with no interceptions. He also had 10 carries for 79 yards and the opening score of the game on a 1-yard run at the 8:13 mark of the first quarter.

Ryan Fisher had six carries for 85 yards and two touchdowns while Delvin Jackson had three catches for 63 yards, including a 56-yard touchdown reception from Sessions with 4:34 remaining in the first half.

WCCA led Prentiss Christian 16-8 after one quarter of play before putting up 32 points while holding the Saints to just six points in the second quarter for the Rams’ commanding 34-point lead at the half.

There were a couple spots where the Saints shined offensively. Byron Anderson had two touchdown runs in the first half and Demoreon Thompson had touchdown runs of 42 and 35 yards in the third quarter.

Nathan Mudd led the Rams’ defense with 11 tackles and one sack. Jackson and Caleb Harvey each had nine tackles while Hayden Oliveaux had eight tackles.

However, there were quite a few penalty flags thrown on both teams in this rivalry game between former district opponents. WCCA was flagged 12 times for 85 yards while Prentiss Christian had 13 penalties for 125 yards.