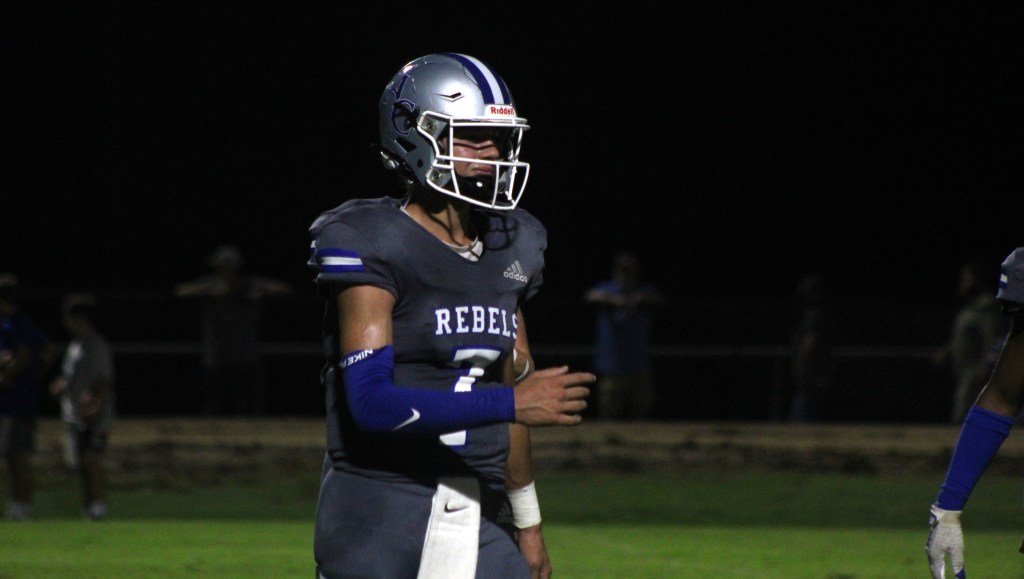 Carter completed 11-16 passes for 228 passing yards and three touchdowns. One interception was the only blemish on his passing record in the game. Carter’s longest touchdown pass was a 70-yard throw to Jamar Kaho in the third quarter. He also rushed for 81 yards and a touchdown.

One of his other touchdown passes was a 49-yard completion to Colin Cauthen, who was almost caught by a Brookhaven Academy defender inside the five-yard line. Cauthen was able to find a last second burst of speed to cross the goal line.

“I rolled out to the right and he was supposed to be blocking,” Carter said. “He slipped out and said my name real loud so I threw it to him. I thought it was going to be close, but Colin is fast.”

ACCS’s strong offensive line kept him protected, he said. Head coach David King got on to him in the first half after some confusion by some offensive players had him frustrated, Carter said.

“I learned you have to be calm and know what the play is,” he said. “You have to be a man and say the play real loud in the huddle too.”

The Rebels dominated the game in every offensive category. ACCS had 19 first downs to BA’s 10. BA rushed for 113 yards and ACCS rushed for 410 yards. In total offense, the Rebels had 638 yards compared to BA’s 131.

JJ Claiborne led the Rebel’s rushing attack as he picked up 107 yards on 10 rushes. He struggled with cramps in the second half, as did most of the football team.

King said he doesn’t believe in the old school way of conditioning anymore.

“We have changed our philosophy in the last six to eight years,” he said. “The heat is so dangerous so we can’t do our conditioning like we used to. They will have to play themselves into shape and I think we will do that.”

Brookhaven Academy’s points came in the second half as the Fortenberry brothers, Trevor and Tyler, each picked up a touchdown. Trevor had a 67-yard kickoff return for a touchdown and Tyler had a 14-yard touchdown run.

King said BA was a good football team but he felt AC was good on both sides of the football. ACCS was able to throw vertically for the first time in a few years, he said.

“I feel we controlled the game,” King said. “I believe we have a chance for a special season.”