NATCHEZ — Two bodies were found burned up inside of a house early Sunday morning.

“This is tragic,” Lee said. “I pray God will give this family a shoulder to lean on.”

The bodies will be transported to the Mississippi State Crime Lab for autopsies in the coming weeks, he said. The process may take longer due to a backlog of cases at the crime lab, Lee said.

The house was burned up by the time firemen arrived, Arrington said, adding the cause of the fire is unknown at this time.

“We don’t think there was anyone else inside other than the two deceased,” Arrington said. “The state fire marshal is doing an investigation and we’re waiting on their report.”

Arrington did not know how long it would take to investigate the cause of the fire.

“Being completely burned down by the time we got there could make it a little more difficult,” he said. 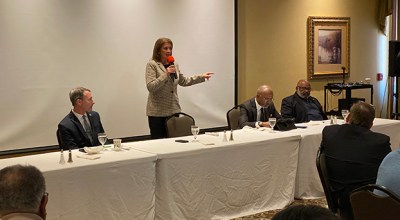