NATCHEZ — The Natchez Police Department has issued arrest warrants for Jadarrius Reed and Khadijah Mosby in connection with recent shootings in Natchez.

Reed is wanted on a murder charge for allegedly shooting Kelvin Abraham, who was shot in his vehicle on Martin Luther King Jr. Road near Concordia Avenue after 3 p.m. Thursday, Aug. 5, and transported by ambulance to Merit Health Natchez. Abraham was later airlifted and died at the University of Mississippi Medical Center in Jackson.

Reed is described as a 23-year-old black male.

“Jadarrius is considered to be armed and dangerous and we currently have a murder warrant for him,” Natchez Police Chief Joseph Daughtry said in a Monday press conference. Daughtry added anyone with information regarding where he can be found should contact NPD or Crime Stoppers.

“I want it to be known also that anybody who is assisting Jadarrius with fleeing from being captured, we will prosecute them as well,” he said.

Police are also searching or Mosby, a 28-year-old black male, for an unrelated incident where shots were fired on Lafitte Street in Natchez on July 28. 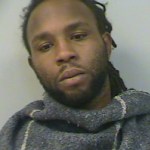 Daughtry said he applauds citizens who came forward with information to help investigators identify these suspects.

Anyone with information regarding these cases can contact the Natchez Police Department at 601-442-3930 or can leave an anonymous tip by calling Southwest Mississippi Regional Crime Stoppers at 1-888-442-5001 or by downloading the P3 app to their mobile device.