UPDATE: Beloved Natchez musician Stan Smith lives on in memories of many 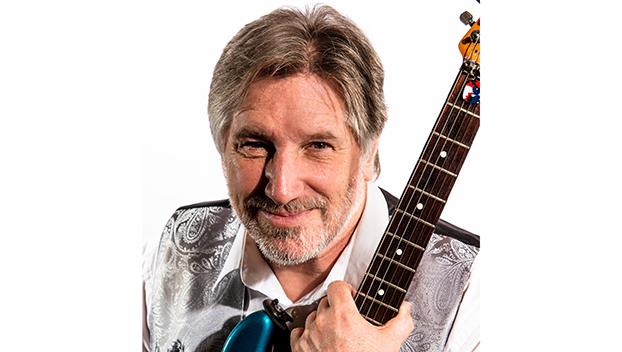 NATCHEZ — A well-known and beloved Natchez musician, music instructor and businessman Stan Smith has died. He was 66 years old.

Smith was the former owner of Stan’s Rock N Roll Bike Shop and Stan’s String Shop and was employed by Heard’s Music for many years.

He also played for bands throughout the region and gave guitar lessons to aspiring young musicians in the region.

Elizabeth Heard Suttle said she was around 9 or 10 years old when Smith started working for her dad and uncle at the former Heard’s Music on Liberty Road.

They were looking for someone to give guitar lessons at the studio and Smith, who frequented the store often, stepped in to take the job.

Upon her father’s retirement, Suttle said part of the stores inventory was sold and Smith kept the rock n’ roll shop going and added a bicycles and skateboards. Smith was like a part of the family, Suttle said.

“He always called me his little sister and always called my mother mom,” she said. “He was such a genuine person and always had a smile on his face and something funny to say. I’m heartbroken that he is gone. I’m sure he is still up in heaven playing music.”

Mike Chapman said his family knew Smith’s from working together on the Union Pacific Railroad. As a teen, Chapman picked up playing the drums as was part of the rock culture that gathered together at Heard’s Music with Smith.

“It was a clash, but in a good way, with the old school music and modern rock n’ roll,” Chapman said. “Heard’s became this place were young musicians, mostly rock, would go up there sit and bang around on the equipment. That was the genesis of how all these people, hundreds, took lesson from Stan and I was part of that crowd.”

Chapman said he and Smith were close friends and found many interests they had in common, such as bicycling, photography and star gazing.

Together, they went on excursions to places like Saint Francisville or Windsor Ruins to watch the stars or take photos. They also went on many long road trips to play together in bands and would spend late nights on the road talking about religion and philosophy, Chapman said. Smith had many close friends and no enemies to speak of, he said.

“A life that touches others goes on forever. That really sums up Stan. He touched so many people. None of us can remember anyone saying anything negative about Stan. He was just very special.”

After Smith’s passing, social media was flooded with a ton of posts from people saying how much he meant to him.

“To me, the mark of a good person is reflected in the words that are spoken after they are gone,” Suttle said, adding too many people to count had a kind word to say about Smith. “He wasn’t just good. He was great.”

“Just lost the most important man in my life tonight,” he said. “He put every ounce of himself into raising us and did so without ever considering himself. He would help anybody regardless of the situation or personal cost to himself. I’ve never heard a word come from someone’s mouth about him that wasn’t high praise or didn’t come with many thanks. You’ve left a lot behind and now we all have to fill a void that I’m afraid is unfillable. I love you dad and I miss you already. One of his favorite quotes and one I’ll be needing for a while, ‘I am wounded, but I am not slain, I shall lay me down and rest awhile and then I shall rise and fight again.’”