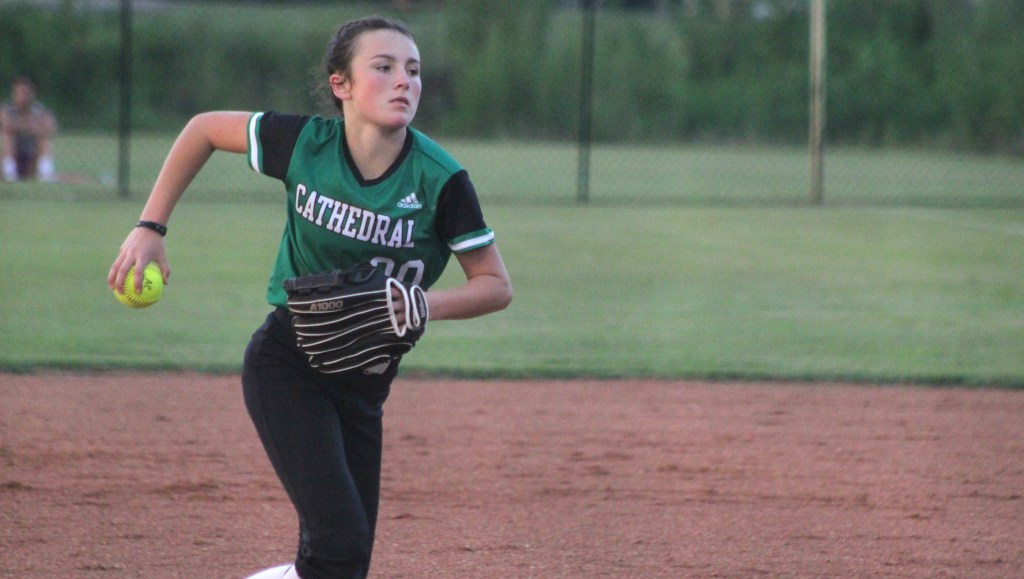 Crum pitched all seven innings and did not give up a run until Claire Davis was walked and later scored what was Copiah Academy’s only run of the game. She also hit one batter.

“I thought we played a complete game (Tuesday) night. We got a good pitching performance from Lily Crum and got some good defense behind her,” Lady Green Wave head coach Craig Beesley said. “She got settled in when they had runners on base and made some good pitches. She’s a competitor in the circle and you like to have that out of your pitcher.”

How good was Cathedral’s defense? The Lady Green Wave did not commit a single error, which was pivotal as Copiah Academy had their share of scoring opportunities.

Lady Colonels starting pitcher Erin Acey did her best to give her team a chance to stay in the game. She also went the distance and gave up four runs, all of them earned, on four hits with three strikeouts, four walks, and one hit batter.

The one inning that did Acey in was the top of the third inning, when the Lady Green Wave struck for three runs to take the lead for good.

“Liza Gregg and Kolemyn Grace Fisher had some big hits for us in the middle of the game, in the third inning, to add to our lead,” Beesley said. “Lauren Dunbar had a big RBI to give us our fourth run.”

Dunbar was 1-for-4 with the RBI in the top of the fifth inning that gave the Lady Green Wave a 4-0 lead. Cate Drane reached on an error and scored one run. Kinslee Young had an RBI fielder’s choice.

Beesley said that Cathedral could have had even more base hits, but Copiah Academy’s defense was up to the task as well.

“We hit the ball well, but they made some great defensive plays. They were very good defensively, also,” Beesley said.

The win improved Cathedral’s record to 10-2 overall and 3-0 in district play.

“That puts in sole possession of first place (in District 3-5A) right now,” Beesley said.