Cathedral lets game slip away in second half, fought hard in loss to Madison St. Joe 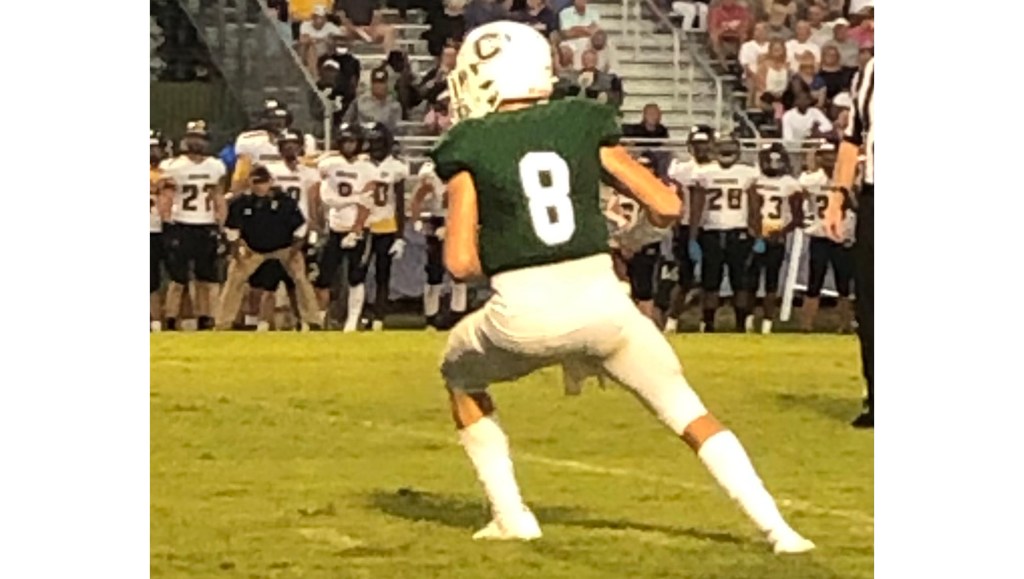 MADISON — With several players staying at home because of COVID-19 protocols, Cathedral High School’s chances of staying in the game against St. Joseph Catholic School-Madison were tougher Friday night.

Cathedral did have its chances of getting into the end zone, but the Green Wave could not take advantage of them and ended up being shut out by the host Bruins 40-0.

One of those mistakes was an attempted screen pass from Noah Russ that Chris Watson picked off and returned 42 yards for a touchdown with 5:52 to go in the third quarter. That made it 27-0 in favor of Madison-St. Joseph.

Watson also had 14-yard touchdown reception from Emile Picarella near the end of the first quarter and a 48-yard TD catch with 3:48 left in the second quarter that gave the Bruins a 12-0 halftime lead.

Madison-St. Joseph (1-1) added a pair of touchdowns in the fourth quarter to put the exclamation point on the shutout win.

“The second half, we made a couple of mistakes and the game got away from us,” Darbonne said. “But the kids played hard and I’m extremely proud of that.”

Cathedral (0-2) will travel to Pearl to take on Park Place Christian Academy Friday with kickoff at 7 p.m.