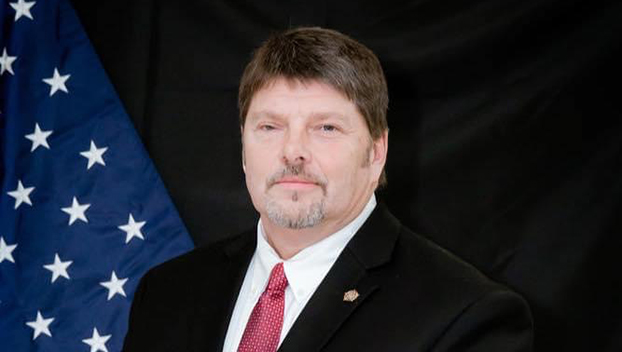 Fundraising efforts are under way for Barry Huff, formerly of Natchez, who is in need of a double lung transplant. Support Huff at www.gofundme.com/f/barry-huffs-double-lung-transplant. (Submitted photo)

NATCHEZ — Barry Huff, a Natchez native, and his wife Dosky Huff, received good news from the University of Alabama Birmingham hospital on Wednesday — Barry has been accepted to be on the list for a double lung transplant.

Barry currently lives west of Brookhaven and works as an investigator for the Lincoln County Sheriff’s Office but has spent weeks traveling back and forth with his wife to Birmingham to determine if he would be a transplant candidate.

They would have found out sooner if he would be on transplant list or not, but the doctors were not sure if Barry would be do an issue in his esophagus causing him to aspirate. Dosky said Barry’s medical records were turned over to GI specialist earlier this week, who would determine if his condition was treatable after a transplant. Wednesday’s news means Barry still has hope for a recovery.

“It doesn’t look good if I don’t get a transplant,” Barry said. “Whether or not I can get one is dependent on whether or not (the aspiration) is treatable.”

Barry has idiopathic pulmonary fibrosis, a condition which causes scaring in the lungs, making it difficult to breathe, that worsens over time. Dosky said they do not know what caused it. Barry was athletic and is a non-smoker.

“In 2017, Barry had an esophageal hiatal hernia, where 3/4 of his stomach pushed up on his right lung and sat there. They fixed the hernia but he didn’t seem to be getting any better,” she said. “By 2020, he started to aspirate and didn’t realize it was because he wasn’t getting oxygen. He thought he was just getting old.”

Dosky said over time, Barry’s aspiration caused his lungs to be scarred beyond repair.

“His right lung doesn’t work at all and left lung is working at 30 percent capacity,” she said. “He is on oxygen 24 hours a day.”

Now that Barry has been approved to be on the transplant list, the months ahead are going to be difficult. While they are waiting for a new set of lungs for Barry, they will have to continue making trips back and forth to the hospital for treatments. It’s approximately 5 hours of driving each way.

“He could get a call the next day or it could be a year from now,” Dosky said. “And when he does get the call for a transplant, we have to move there for four months. We have to live within 15 minutes from the hospital.”

Their biggest need is financial. Barry has a GoFundMe page set up where people can donate to help cover their commute, living and medical expenses during this process.

They are also working in collaboration with the Lincoln County Sheriff’s Office to organize a series of fundraisers for Barry.

Natchez resident Roy King III, a long-time friend of Barry’s, is hosting a raffle for a desktop computer and brand-new Logitech wireless keyboard and mouse combo at Custom Computer Detailing in Natchez. The set has a total value of approximately $800, King said. ­

In the Brookhaven community, they are selling barbecue plate lunches between now and Sept. 23. with the buyer’s choice of chicken, brisket or a combination of the two.

They will also have a booth for a T-shirt sale and silent auction of donated items at the Ole Brook Festival on Oct. 1 and 2 in Downtown Brookhaven.

Others can contribute via gofundme.com/f/barry-huffs-double-lung-transplant or contact the Huff’s by email to Doskyhuff@gmail.com for Venmo or PayPal information. As of Friday, they’ve raised $5,000 of a $50,000 goal.

“It has been amazing. I didn’t know that many people would help, people we know and some people we don’t know,” Dosky said. “Whether is $5, $10 or $100, every little bit helps. Barry is still working at the moment at an office job but we are in need of funds to prepare for what is coming, regardless of whether he gets the transplant or not. He is a fighter and I know the good Lord is going to take care of us.”