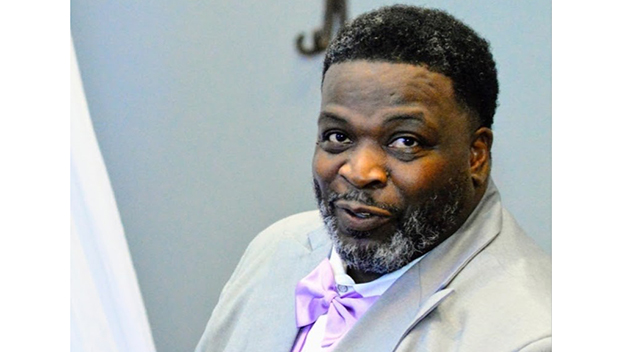 Time to be born

Michael Ray Ivory was born in Natchez, on November 27, 1971 to Joseph Ivory Jr. and Shirley A. Ivory.

A time to live

Michael grew up in Natchez.  He was baptized at an early age at Egypt Baptist Church.  He was a 1990 graduate of Natchez High School and joined the U.S. Navy after graduation.  Following his military service, Michael returned to Natchez, MS.  In 2000, he and his family relocated to Houston, Texas and continued their Christian journey as members of Fountain of Praise.  Michael graduated from North Harris College receiving his Class A CDL Certification in Truck Driver Training.  Throughout his trucking career, Michael was a truck driver for Dick Simmon and Swift.  He and his wife later ventured out on their own becoming entrepreneurs and established their own trucking company, Elite Transport Group, LLC for the last 13 years.

Michael, affectionately known as Big Mike, had a gentle, kind, and caring spirit; a gentle giant, teddy bear in human form.  His infectious smile lit up any room he entered, and his comical personality made a lasting impact on anyone who had the privilege of being in his presence.  Michael loved spending time with his family and friends and could often be found on a boat or shore catching a school of fish or making his mark on the golf course.  He was a self-proclaimed chef and grill master, an Amazon aficionado and loved watching television, especially sports,  and anything that would make you laugh. If he befriended you, he would give you the shirt off of his back or his last dollar to make sure you were good-a true standup guy.  Michael’s greatest accomplishment was being a protector, provider, and devoted husband to his wife and an excellent father to his children, who meant the absolute world to him.  This brought him the greatest joy.

A time to love

Michael met the love of his life D’Evereux Jymene Berry in 1993.  They pledged their love to each other and married on May 15, 1999 and have been happily married for 22 years.  To this union were born two children, Michael Jhamon Ivory and Michayla Jyivel Ivory.

A time to depart

Michael transitioned to his eternal rest on August 17, 2021, at Houston Methodist-West with his loving and devoted wife D’Evereux by his side.

Michael was preceded in death by his brother Christopher Washington and grandparents George and Edna Mae Washington, Sr. and Joseph Ivory Sr.

A Time to Be Remembered