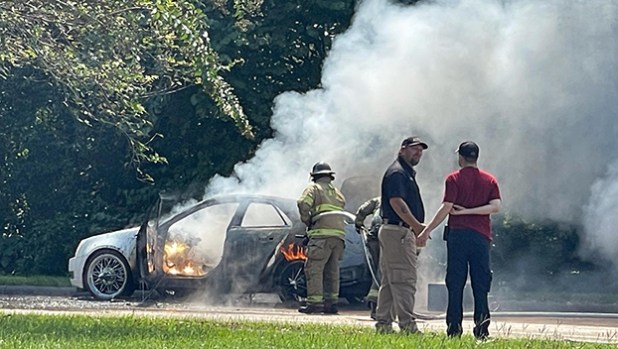 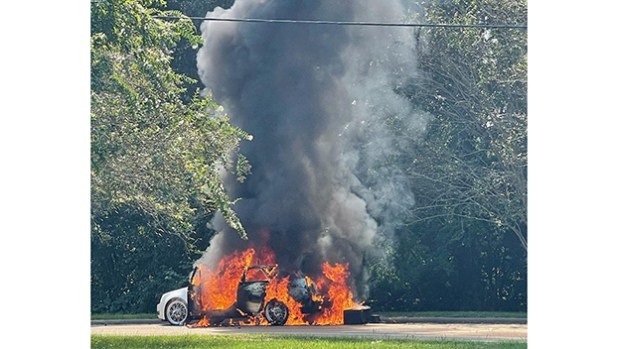 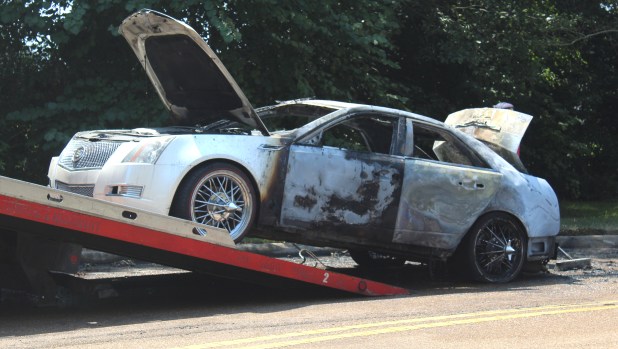 The charred remains of a vehicle which caught fire on Camilla Street near Seargent Prentiss Drive Thursday. (Hunter Cloud | The Natchez Democrat)

NATCHEZ — A car caught fire at Camellia and Seargent Prentiss Drive near an automobile dealership, sending billows of black smoke into the air just after 11 a.m. Thursday.

Law enforcement officers said the driver and his father were inside the car when they started to smell smoke and got out just before it was fully engulfed in flames. No one was hurt.

The vehicle was placed on a flatbed tow truck after the fire was put out.