NATCHEZ — Officers arrested an Adams County teen Thursday on multiple burglary charges after stolen weapons and jewelry were found at his residence.

Jaylon Hayes, age 19, faces four automobile burglary charges and a charge of breaking and entering a house stemming from a series of reports Adams County Sheriff’s Office received of vehicle and residential burglaries in the Parkview Drive area. 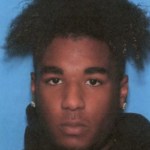 Investigators obtained security video of the incidents and identified Hayes as a suspect.

Investigators also searched his residence in Lagrange and recovered a stolen firearm, jewelry identified by the burglary victims and a sawed off 12-gauge shotgun.

Investigators from the Natchez Police Department also assisted in Hayes’ arrest, who is suspected of being involved in another burglary and other crimes in the city. The arrest of a juvenile female is also pending in this case, investigators said.