Cathedral make turnaround in season with win over Copiah Academy

GALLMAN — Cathedral unleashed seven goals on Copiah Academy in a 7-1 win Thursday night. Maddie Verruchi, who had a hat trick against Colonels last season, had another with three goals.

Seniors Izzy Dupre and Gracie Foster each had two goals in the win. Head coach Dennis Hogue said they tried to get seventh-grader Lilly Bertlesen a goal to celebrate her birthday, but her four shots went just wide of the goal.

“They played well together. The last two practices we had built up to this game went well,” Hogue said. “After practice this week, we had a senior meeting. We talked about where this team wants to be. They decided to turn it around by digging deeper and changing their attitude. The last practice was excellent. Everyone was giving all of their efforts. It reflected in the game Thursday night.”

He said the younger players would follow the senior’s lead, and they did Thursday night. As a team, they communicated better and passed the ball better, he said.

Cathedral had 15 shots and scored half of them. He said he was pleased. The only goal scored on Green Wave goalkeeper Meredith Lessley was from a corner kick. Hogue said the ball hit the post and caught Lessley off guard.

“It hit off her hand and went in,” Hogue said. “We didn’t expect (the corner taker) to put the ball at the bar. (Lessley) had a great match. This week we worked on her kicking. She is punting beyond midfield. Now we are kicking the ball closer to midfield. We have turned things around.”

The Green Wave dropped games to Laurel Christian and Laurel last week. This turnaround against district opponent Copiah Academy was a great start to district play, he said.

Cathedral hosts three district opponents next week when they travel to Brookhaven Academy on Tuesday, host ACCS on Wednesday and travel to Parklane on Thursday. As a team, they have changed their attitudes in practice. Players are not complaining about the heat, and they are jogging back in place instead of walking.

His senior players have taken the lead by deciding to hold a morning practice on Labor Day.

“I was super proud of that,” Hogue said. “I have had teams do that quite often where we called a Saturday practice because of a match on Monday. The seniors are starting to realize this is my last chance, and they are thinking about doing whatever they have to do.” 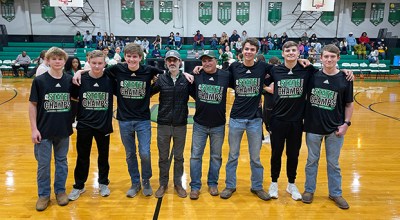 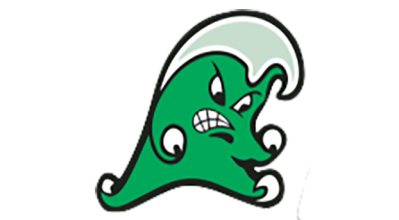