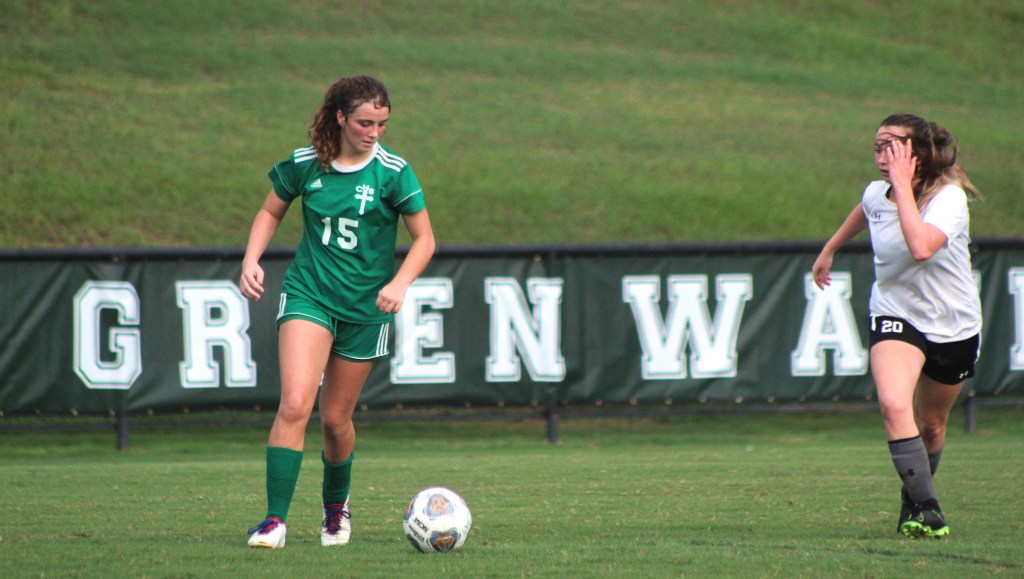 NATCHEZ — Cathedral soccer has a busy week with games against Brookhaven Academy on Tuesday and Parklane on Thursday. Sandwiched between the two is a district match with crosstown rival Adams County Christian School.

The Green Wave will host the visiting Rebels at Deveraux Stadium on Wednesday. The match kicks off at 5:30 p.m. AC head coach Pam Weatherly-Williams said she expects some tricks from Cathedral head coach Dennis Hogue.

“If we did have tricks, I would not tell you,” Hogue said. “They keep up with us pretty tight, as do we. A lot of times, we compare scores. They know who my go-to girls are, and I have a good feeling of who to keep an eye out for on their team.”

The Green Wave has 11 seniors, so AC should be familiar with the team, he said.

It is because of this familiarity that Hogue may pull some “tricks” against ACCS. These are typically tactical tricks, he said.

“We always prepare a few things out of the normal to keep it out of balance,” Hogue said. “We may change the lineup a little bit. We may even have a special signal or something. We like to keep them guessing.”

There is a lot at stake between the district opponents Wednesday because it could determine who makes the play-offs. Hogue said the game would be hard-fought, but the teams show good sportsmanship on the field.

“We are going to give it our best,” Hogue said. “These girls are going to go at each other. It is going to be physical, fast and hard-fought. Challenges or tackles in the game would not be malicious. If there is a hard foul, our girls are pretty good about helping the other up. We want to win, and they want to win.”

Cathedral has a few keys to victory. The Green Wave’s defense must have good communication, he said. They also need to put in a defensive effort as they did against Copiah Academy. Cathedral conceded one goal in that game.

As a team, they have worked on players without the ball. He said they need to help by making runs, so the player with the ball could focus on dribbling and passing.

“Everyone (without the ball) needs to work hard to find space and open lanes,” Hogue said. “Scoring on AC is always hard. You have to get in tight and pick your spots. Ultimately, we have to keep them out of the goal. If they can’t score on us, they can’t beat us.”

Rebels playing in good form, must have strong performance…