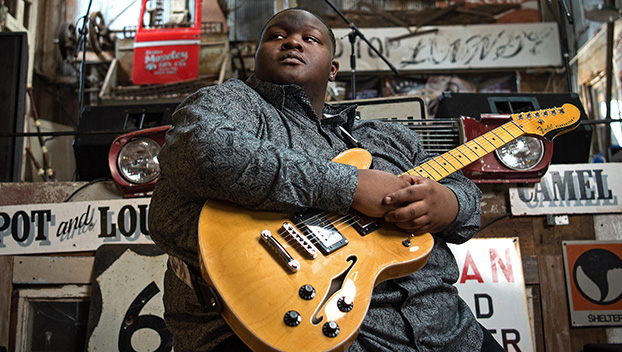 One of the most influential new voices in blues music will headline the 2021 Natchez Balloon Festival.

Festival organizers released a list of the artists and bands that will entertain crowds at the festival site overlooking the Mississippi River on the grounds of the historic house, Rosalie.

Other music acts slated for the festival on Oct. 15-16 are Tank and the Bangas, J & the Causeways, Y.Z. Ealey, Jamell Richardson and Matt Willis.

The exact date and time for each performer to play should be released soon.

Ingram was slated to play the New Orleans Jazz Fest this year before it was canceled.

In 2020, Ingram won five Blues Music Awards, including Album Of The Year, Blues Male Artist Of The Year and the award for Best Guitarist. His critically acclaimed 2019 debut album was nominated for a Grammy.

The festival weekend will kick off on Friday, Oct. 15  with the festival favorite ‘balloon glow’ on the bluff at Rosalie at dusk, followed by fireworks over the river.

Gates will open at 11 a.m. Saturday, with music acts starting around 2 p.m.

Unlike previous years, there will be no festival on Sunday, but there are plans for a balloon lift-off from the north end of the Mississippi River bluff park Sunday afternoon, weather permitting.