NATCHEZ — The Natchez Police Department has arrested two teens and a young adult man and has issued a warrant for a teen who was injured in a shooting incident last week.

“We had children trying to play with guns, trying to sell guns and the situation went bad,” Natchez Police Chief Joseph Daughtry said. “We’re thankful that none of them lost their lives.” 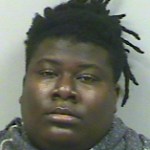 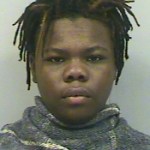 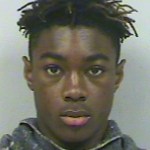 Officers are waiting to serve a warrant for Seth Hendricks, 17, for an attempted robbery charge until after he is released from medical care for a non-life-threatening gunshot wound, Daughtry said. Although three of those arrested are juveniles, they are all being charged as adults, he said.

On September 2, 2021 at approximately 5:35 pm, a shooting occurred in the 300 block of Dumas Drive. Upon arrival, investigators discovered Hendricks had been taken to Merit Health Natchez hospital with a gunshot wound to the hip.

Officers were told by bystanders that the shot had been fired by Gatlin.

Gatlin was brought to the Natchez Police Department by his father for questioning and was subsequently charged with aggravated assault and later confessed to stealing the firearm that was used in the shooting out of a car earlier in the day.

“Basically, he heard the commotion, saw guns on the ground and went over to pick them up and tried to hide them,” Daughtry said. “We had an officer who happened to be in the area and responded to the scene very quickly. He was able to detain (Hawkins) when he saw him with one gun on his hip and one in his hand.”

Investigators were able to recover all of the weapons that were used, including a FNS .40 caliber, Taurus .9 mm and a Glock .40 caliber handguns, which Daughtry said are believed to have been stolen from the vehicles of area residents.

“These are juveniles who are out here trying to sell guns in the middle of the street that were stolen. We’re not going to allow that to happen. My hat is off to our officers who responded and secured the scene so quickly so that those guns weren’t able to get into other people’s hands.”

Daughtry urged the community to make sure their vehicles are locked and their weapons are secure and out of sight.

“A lot of weapons that are stolen from cars are left in plain view with the doors unlocked,” he said. “This is not Mayberry. This is 2021. We’re not living in a time where everybody is honest.”