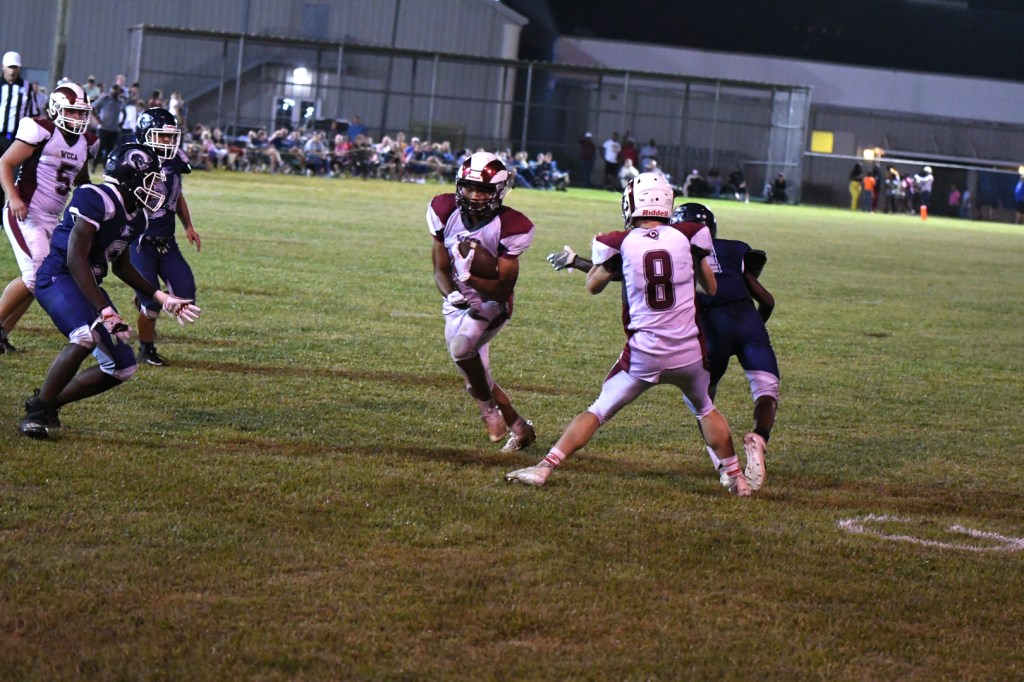 Sessions led WCCA’s ground game with 197 yards and five touchdowns on just 11 carries. He had touchdown runs of 36 and three yards in the second quarter and 48, 72, and 26 yards in the fourth quarter.

Sessions also completed a 26-yard touchdown pass to Delvin Jackson and Ryan Fisher ran in for the two-point conversion for what was the only scoring in the entire third quarter. Sessions was 8-for-21 passing for 146 yards with one touchdown and one interception.

Roderick Bailey had a 45-yard touchdown run, his only carry of the entire ball game, with 9:39 left in the first quarter and Jack Orgeron ran in from two yards out to at the 4:52 mark give WCCA a 12-0 lead.

DJ Biggs did his best to keep Collegiate Christian Academy in the game with a 50-yard touchdown run with 4:32 to go in the opening quarter. Sessions’ first touchdown of the game with 51 second left until halftime gave the Rams an 18-6 lead, but the Bulldogs quickly responded with Biggs’ 35-yard TD. Pass to Trae Bailey to make it an 18-12 game.

Then as time expired to end the first half, Sessions scored on a three-yard run and Fisher’s two-point conversion run gave WCCA a 26-12 lead at the break.

WCCA appeared to be in command up 34-12 heading into the fourth quarter, but Bailey intercepted a pass by Sessions and returned it nine yards for a touchdown to cut the deficit to 34-18.

But Sessions’ scoring runs of 48 and 72 yards near the midway point of the fourth quarter gave the Rams a 48-18. Even though the Bulldogs scored two touchdowns over the final 4:58, it was not nearly enough.

Fisher had five catches for 104 yards while Jackson had two catches for 36 yards and one touchdown. Nathan Mudd led the defense with seven tackles while Orgeron had six tackles and Hayden Oliveaux had five tackles and one sack. Fisher had two fumble recoveries.