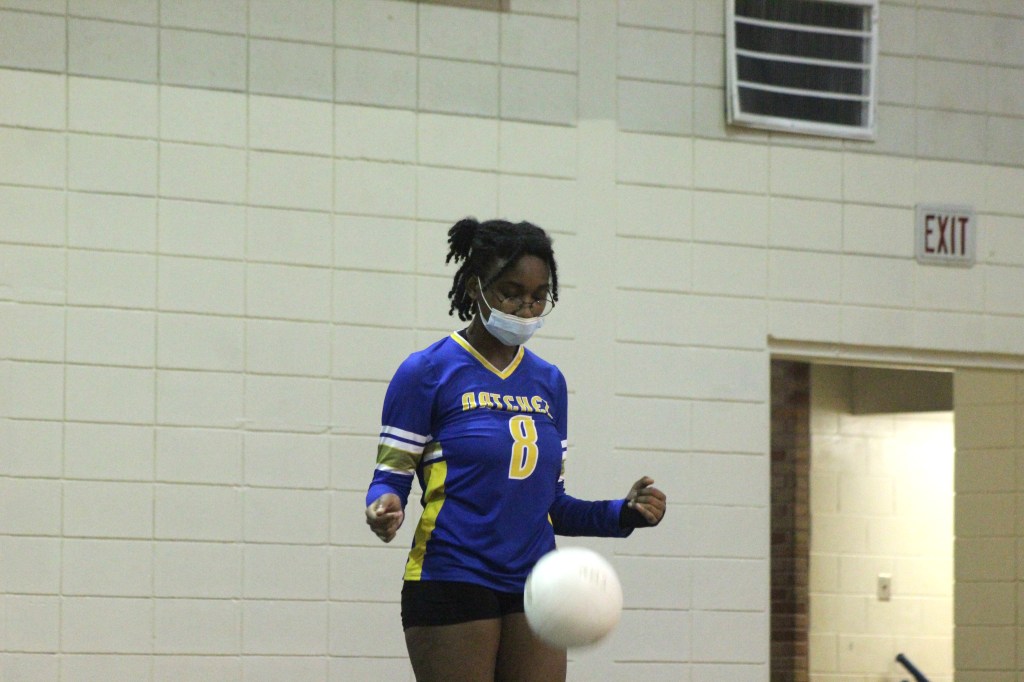 Natchez junior Gabriella Champ is the Buldog's best all around player because she can do everything, head coach Jamal McCullen said. She is serving overhand and showing a lot of progress like her teammates after the volleyball team started a little more than a month ago. Natchez lost three close sets, 25-18, 25-22, 26-24, to South Pike Monday night. (Hunter Cloud | The Natchez Democrat)

NATCHEZ —Natchez led 16-13 in the third set when South Pike called a time out. Putting together a rally, the Eagles soared to victory. Bulldog head coach Jamal McCullen said he was proud of his team’s effort.

South Pike won the first set 25-19, the second 25-22 and the third 26-24. Natchez was 3 points away from winning the last set. They could not find their rhythm and maintain it.

“The group of girls who were out there has developed a lot of chemistry over practice,“ McCullen said. “Their teammates on the bench got behind them. As a head coach, I let them go for it. We were happy about how they played. They felt good about playing together.”

Chemistry and effort have not been lacking on this team, he said. Consistency is the part of the game the Bulldogs have not developed yet.

South Pike was consistent in their serves. It is the difference between an established program and a new team, he said.

Compared to when the team first started practice in August, the Bulldogs improved in serving the ball. McCullen said they spend about 30 minutes of each practice dedicated to working on serves.

“We do a game called serve wars every practice. When we scrimmage, they get their service work in,” McCullen said. “For some of the girls, they haven’t gotten the rhythm and timing of it yet. They are working on it. A month ago, they were serving underhand, and some are starting to work on the overhand.”

Natchez junior Olivia Davis is a talented player who is developing quickly, he said.
She is at the point where she could soon start developing her jump serve. Junior Gabriella Champ is the team’s best all-around player who is good at serving, setting, passing, and hitting.

“They all bring something to the court,” McCullen said.

His team has grown a lot in the short time he has had them. On July 28, he got the initial roster. In a shortened season, he is trying to get as much player development in as possible.

“It is like Smokey and the Bandit. We have got a long way to go, a short time to get there, and we are trying to do something they say can’t be done,” McCullen said. “We are close to winning our first match. We are getting better. Right now, I’m not looking at winning. I’m looking at how far we have come and how far we have to go. We have come a long way, and we have a bit further to go. I thought we did a heck of a job against South Pike. I’m really proud of the girls.” 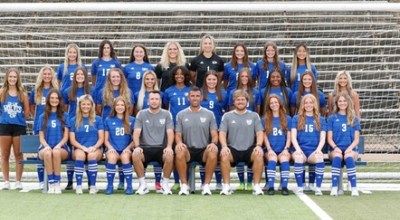