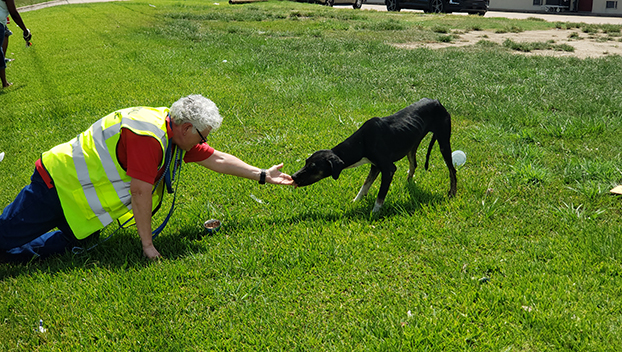 NATCHEZ — Natchez Mayor Dan Gibson said he is holding a meeting with anyone interested on Friday at 3 p.m. in the Council Chambers building to discuss the Natchez animal control situation.

“I was in a meeting yesterday with a group of residents who have lost beloved pets to groups of vicious dogs,” who are apparently roaming several parts of the city and wreaking havoc on small or vulnerable animals, he said.

“We’ve got to do better,” Gibson said. “We have got to make animals a priority.”

To that end, Gibson said he hopes to have a new animal control officer hired by Friday. The city has been without anyone in that position since Randy Myers retired on June 30.

“It’s been difficult to find someone for this job. We have wanted to find the right person,” Gibson said.

The new animal control officer will be part of the Natchez Police Department. Gibson said Police Chief Joseph Daughtry has audited the city’s animal control equipment and found much of it obsolete or not in good repair.

“We will be purchasing new equipment, and will eventually need a new vehicle for animal control,” he said.

He urged anyone with concerns about animal control or its procedures in the city to attend the public meeting on Friday at 3 p.m.

“Please, take care of your animals. It’s important for their safety to keep them in a fenced yard or enclosed area. The city does have a leash law. Our ordinance does allow us to put down these dogs, but we don’t want to have to do that. Take care of your animals. And if you see dogs roaming around the city or creating problems, please do not hesitate to call 9-1-1,” Gibson said.