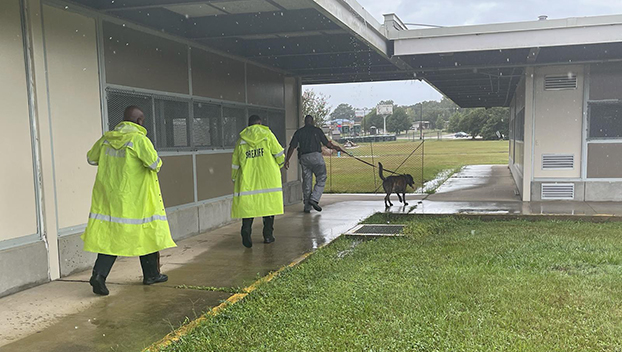 Law officials were called regarding the bomb threat received in an email after 7 a.m.

“Due to a threat that has been received and is currently being investigated, Natchez High School and Natchez Early College campuses will be closed today.  Buses have been dispatched to pick up students who are presently on campus.  We ask parents of car riders to please make arrangements to pick up students from Natchez High and Natchez Early College. We apologize for the inconvenience but we will do everything in our power to keep our students safe.”

In a follow up release, NASD officials said, “On Wednesday, August 15, 2021, administrators at Natchez High School received a threat of a possible bombing of Natchez High School and Natchez Early College.  The school and district immediately initiated bomb threat protocols. The Natchez-Adams School District is actively working with the Adams County Sheriffs Department, the Natchez Police Department, and The Department of Homeland Security to track the threat’s origin and perpetrator(s). Thank you to staff, students, parents, and all law enforcement agencies involved for your swift response and patient cooperation.”

While in the process of directing traffic from the high school in the rain, a Natchez Police Officer was struck by an Adams County Sheriff’s Office patrol vehicle in the intersection by Walmart and Natchez High School.

He is currently receiving treatment at Merit Health Natchez. Daughtry said the officer is alert and talking.

“They are running x-rays. He’s coherent and that is a good sign,” he said.

The officer’s identity has not been released at this time.

“We ask everyone to be careful and keep him and his family in your prayers,” Daughtry said.

Adams County Sheriff Travis Patten said the deputy driving the vehicle apparently had attempted to turn into the high school and didn’t see the officer in the intersection.

“We’ve sent him home to gather himself,” Patten said of the deputy. “… It was chaotic because we have two schools out here with bomb threats and everybody trying to get to the scene. Unfortunately that is what happened.”

Patten said officers from NPD, ACSO, Mississippi Highway Patrol and the Mississippi Office of Homeland Security are on scene and students and school personnel have been evacuated from both campuses.

“Bomb dogs from Rankin County and Homeland Security are searching the campuses. We’re all working together,” Patten said. “The email was sent to Homeland Security to try and trace the account and the school district is going to press charges on them.”

‘It just about severed her leg,’ Leg restraint leads…