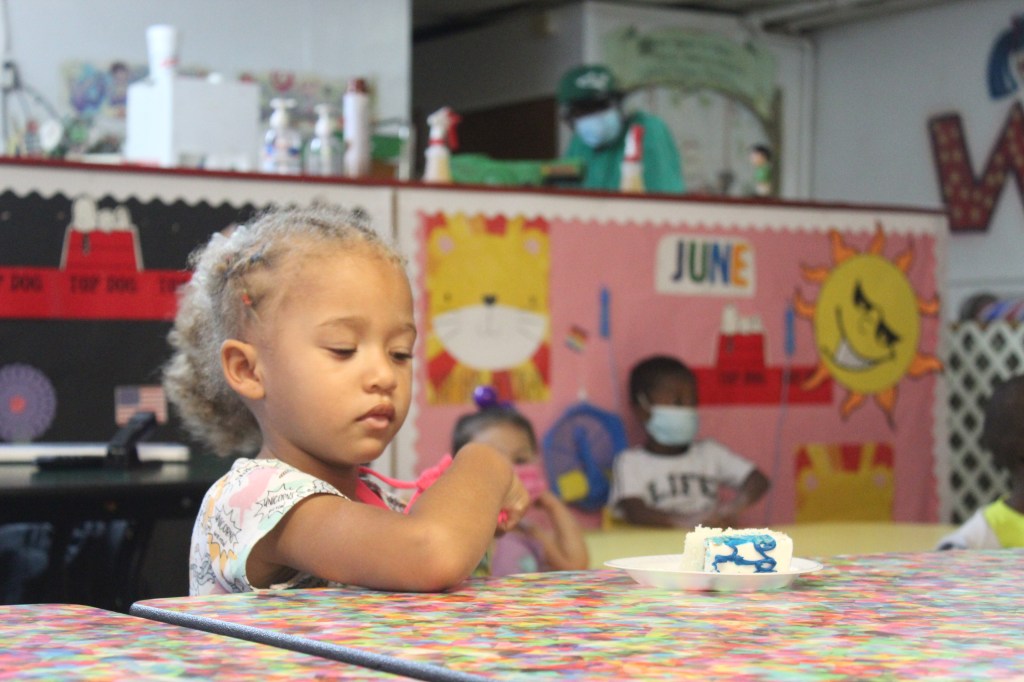 NATCHEZ — Barbara Crenshaw never imagined she would return to her childhood school and find a career in helping a new generation of children succeed.

But on Wednesday, the Prince Street Daycare program director watched as students and faculty enjoyed cake and ice cream as they celebrated 30 years of education at the center.

“I went to this school when I was in first grade,” Crenshaw said. “I started in this very building myself. I never thought I would run this place as a daycare. That was the furthest thought from my mind … It has been a good journey and we have made the best of it.”

The daycare started its journey in 1991 when it held its first class. Before then, the building was used for the Prince Street School and was closed due to integration in the 1980s. With the building abandoned, people started using it for illicit activities.

“I lived next door and could hear the windows being broken out. It was vandalized and used for drugs,” Crenshaw said. “When we finally decided to come in and make it useful we had to fix it. Ceiling tiles and floor tiles were broken. There were needles in the corners. Feces and urine was on the floors. We had to clean it up. We opened the building part by part; it took five years to completely open it.”

The daycare is licensed by the state for 218 students and currently has 110 enrolled. Children ages 2 to 12  are eligible to attend the center.

Open year round, the daycare operates five days a week, Monday through Friday. Cresnhaw said directors believe that every child deserves a safe and nurturing childhood. Every step of their education prepares children for kindergarten.

Not every kid starts out at the daycare before kindergarten though, she said. Prince Street also offers an after school program for kids at the schools in Natchez.

Crenshaw is a retired educator from both the Concordia Parish School District and Natchez-Adams County School District. She said after retiring from teaching she could focus on the daycare full-time.