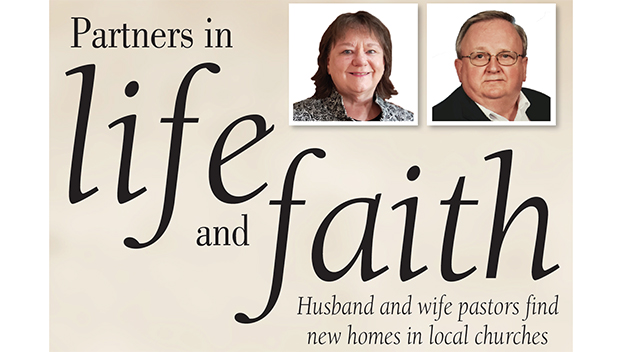 United Methodist Church pastors Vicki and Joe Landrum have found through their ministry that the right path is not always the easiest one to take.

She preaches at Kingston at 9 a.m. and then at Grace at 11 a.m. every Sunday and has Wednesday night services at Kingston.

This is Vicki’s 25th year of ordained ministry, having previously been assigned to churches in Meridian, Jackson, Pearl and in Tennessee.

Her husband Joe retired this year after 40 years of ministry only to continue serving as the lone pastor of three small membership churches, Blue Hill UMC and Cain Ridge UMC in Lorman and Lovely Lane UMC in Natchez.

“I’m a certified workaholic,” he said with a laugh.

He added that he never intends to stop ministering to others in some capacity.

Even before he became an ordained minister, Joe said he “always had life-long deep affections for the church.” The same rings true for Vicki, whose father was a Methodist preacher, though neither of them answered their call to preach so willingly at the beginning.

Vicki said at one point in her life, she was reluctant to become a pastor’s wife, a teacher or a preacher. As fate would have it, she would eventually become all three.

One day as she was walking to class at Millsaps College, around 1978, Vicki said she “heard a voice within her” calling her to ministry.

“I said right there in my head, ‘no I’m not going to do it.’ I spent 10 to 12 years running from that,” she said. “I’d never seen a female pastor … Because my dad was a pastor, I had some awareness of the sacrifices you make. With the public life you lead, you are never not a pastor. You are always on call.”

As she chased different career paths, Vicki said she wound up with three different master’s degrees in library science, education and divinity.

She worked as a librarian in Nashville and became heavily involved in her church there. Vicki said while living in Nashville, she connected with the first two female pastors she had ever known.

She moved back to Mississippi when she and Joe were married in 1989 and had a difficult time finding work. It was then that Vicki taught at St. Joseph Catholic School, and she did that for five years. It was at an annual meeting of Methodists at Jackson that God spoke to her again, she said.

“Every prayer that was prayed and every song that was sung was like a message from God to my heart,” she said. “I started crying and couldn’t stop … At the end of the service, Bishop Morgan said … If there is anyone here who has been struggling with whether or not to declare their candidacy to pursue becoming a pastor, the altar is open here … There was no way physically for me to stay in my seat. I’d never had that (feeling) before and have never had that since.”

Being a pastor married to another pastor has its challenges, she said.

There have been times when Vicki and Joe lived in two separate houses as a married couple with as much as a six-hour commute between the two.

“It was not easy, but Vicki and I are extreme opposites in personality. It would have been disastrous for us to have been copastors of the same church early on,” Joe said. “We always maintained clear boundaries and it has worked out well for us. There have been inconvenient times having to maintain two households and lots of commute time but we made it work.”

Joe said he always knew that Vicki would wind up in ministry, but also knew that she would have to realize that on her own.

“It was something that she and God would have to work out,” he said.

Vicki said in Natchez, she is still “a shepherd getting to know her flock.” In the first six months to a year at a new church, Vicki said she focuses her ministry on listening to her congregation and hearing their story.

While it has only been two months, Vicki said the people “have been gracious in both places,” Grace and Kingston, and she and Joe fit right at home in Natchez.

“For one thing, we’re delighted to be living under one roof again,” she said. 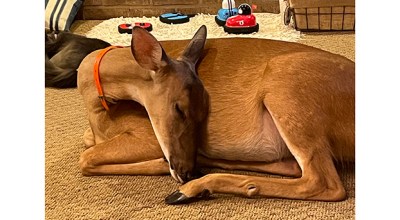 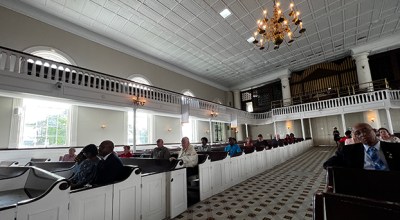