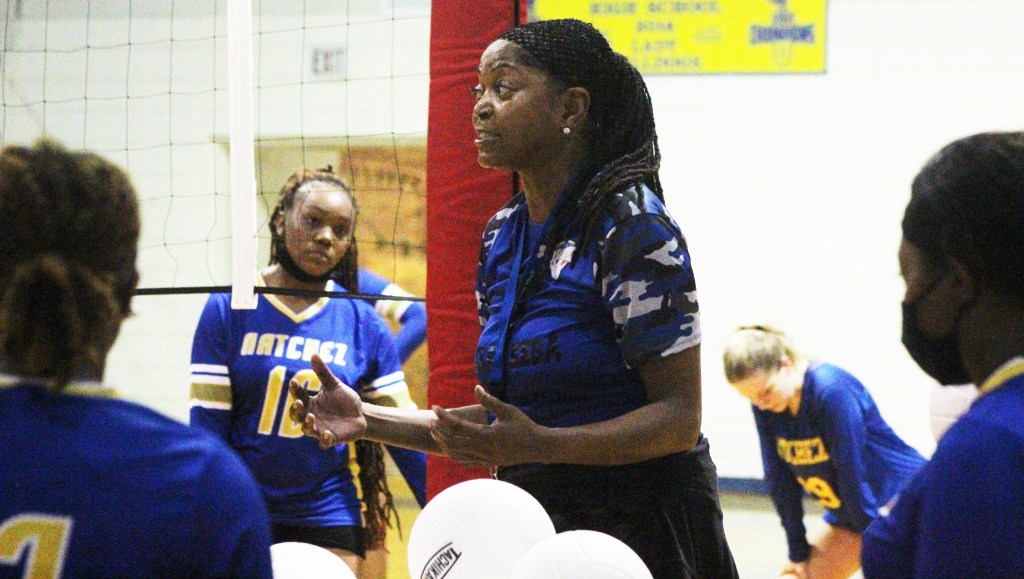 Players spent nearly 12 hours in the gym working on every aspect of the game from passing, setting, hitting, blocking, communication and footwork.

Phipps said it means a lot to be able to come back to Natchez and give back. Her grandparents, parents, aunts and uncles are all from Natchez.

“It is important to me because my family is from Natchez,” Phipps said. “It is special to come back here and work with them after working with tons of athletes from all over the world. I’m very excited about the future of volleyball in Natchez.”

In three days, Phipps transformed the team’s style of play. Against Franklin County, they lacked rhythm and communication in their game. By Sunday night, they were steadily improving their ball control and getting three contacts.

As an Olympian, she brought an expectation of excellence to the court. If a player was out of position or did not call the ball, they had to do push ups. The losing team in scrimmages had to run suicides.

“I’m very proud of them. I have seen them grow consistently,” Phipps said. “I pushed them to focus on their technique. Volleyball demands focus, it demands excellence. Punishing them for a lack of effort or losing focus makes them concentrate more. It gets them to do the things they are asked to do.”

She said she plans on coming back to lead more clinics. She hopes to start a club team and get kids in elementary and middle school into the gym to play volleyball. Her main interest is to see the volleyball program in Natchez grow.