NATCHEZ — A Natchez man was arrested Tuesday afternoon on an armed robbery charge after he allegedly robbed a man at gunpoint last week.

The victim reportedly flagged a patrol officer down wearing only his boxers at approximately 5 p.m. Sunday Sept. 12 in the area of North Union Street.

The victim stated another man held a gun up to him and took his bag and clothing.

After further investigation, police were able to identify Jovanti Barnes, 29, as a suspect in the incident and issue a warrant for his arrest. 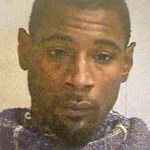 “He is a regular,” Daughtry said of Barnes. He added a patrol officer noticed Barnes and arrested him Tuesday. He said Barnes has a Natchez address but moves around a lot.

“I want to give some kind of accolade to our CID and our Patrol Division for working together on this,” Daughtry said. “Once the CID division established a suspect, they got it out to our patrol and one of our patrol officers was on patrol today and saw him and took him into custody.”