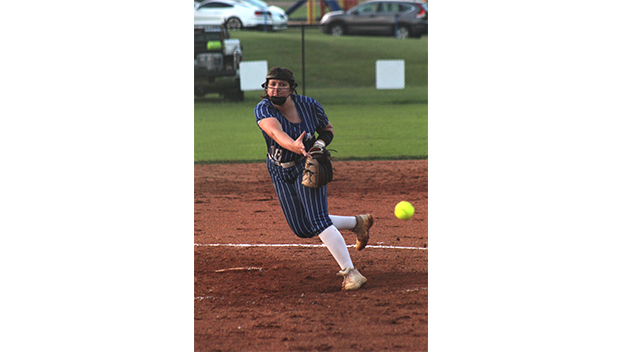 VICKSBURG — It took nearly seven complete innings for someone to score in the softball game between Adams County Christian School and St. Aloysius. A ground ball by Addison Massey scored Brooke Collier with two outs to send the Rebels into the playoffs as they beat the Flashes 1-0 by the skin of their teeth, head coach Tate Lipscomb said.

Senior Laiken Davis pitched seven shutout innings and struck out 11 batters to give her team the opportunity. Despite a one-day delay between the first pitch and final run, ACCS won its fourth game of the year when it mattered most.

“It is a fresh start. Everyone’s record is 0-0,” Lipscomb said. “It is double elimination starting Saturday. Our first game is at 10 a.m. against Brookhaven Academy. We still have to play each game like it is our last. We have to fight and be ready to play.”

ACCS accomplished one of its goals for the season by reaching the playoffs. Now, they have to go hard to make a run to the state tournament, he said.

The Rebels reached the playoffs with two swinging bunts in the final inning. He said nothing had gone their way all season Tuesday night. Several of their losses came from late rallies by their opponents.

“t is a sigh of relief to know something can finally go your way at the end of the season,” Lipscomb said. “They have been fighting hard and battling hard all year. It was relieving to get a break at the end of the year. We are very grateful.”

ACCS made south state for the first time in two years, he said. Five years ago, they were runners-up at south state, came third in the state tournament and won the district title.

Several of his players are cheerleaders for the football team and will be at the game Friday night. It means the Rebels are not able to practice ahead of the tournament. At his point in the season, they need to get on a hot streak, he said.

“As long as they are playing right at the right time, it changes a lot,” Lipscomb said. “We have played decent softball the last couple of days. If we can get hot, we can make a run at it. We have to keep playing solid defense. If we can get our hitting going, we will be okay.”